It turns out, the cast of The Lion King was just as excited to see Meghan Markle and Prince Harry grace the red carpet of the film’s London premiere on Sunday as fans were!

A video has surfaced which shows Billy Eichner (who plays Timon the meerkat in the movie) nervously waiting in a reception line as the Duke and Duchess of Sussex happily greet and shake hands down the line.

According to the individual who posted the clip, Eichner is standing beside Seth Rogen (who voices Pumbaa, the lovable warthog). The pair exchange anxious whispers as their moment with the royals approaches — and it’s all pretty endearing. Eichner also closely watches fellow funnyman Keegan-Michael Key shake hands with Harry, seemingly disappointed that he didn’t mention something to the prince.

Beforehand, ET spoke with Eichner at the big gathering, where he didn’t hide his enthusiasm at the chance to meet the Duke and Duchess of Sussex.

“Very excited,” he proclaimed when asked how he felt about the royals dropping by their premiere. “I never even thought about meeting them. I didn’t think I’d have an opportunity to and they seem very cool, so I’m excited.”

“Well, we’re gonna be out all night,” he joked when asked if he gets the chance to spend time with Markle and her hubby at the event’s after-party, before adding, “Actually Meghan Markle and I went to the same college. We both went to Northwestern, we were both theater majors at Northwestern and I think she was a freshman when I was a senior, so I’m gonna see which acting teacher she had and if we can compare notes.”

‘The Lion King’ Promos! Beyonce and Donald Glover Sing ‘Can You Feel the Love Tonight’

‘The Lion King’ Promos! Beyonce and Donald Glover Sing ‘Can You Feel the Love Tonight’

ET also spoke with Key prior to meeting the royals, where he explained his plan for the big moment.

Rogen also joked about all the procedures that come with rubbing elbows with royalty.

“I guess I’m excited to meet the royals. There’s a lot of protocol. It makes me think I don’t have enough protocol. I don’t know what it takes to create protocol, but I’m going to look into creating more protocol,” he told ET, adding, “I get much more nervous when comedians I look up to are in the crowd and things like that.”

The Lion King arrives in theaters on Friday.

GET MORE MOVIE NEWS IN THE ET NEWSLETTER 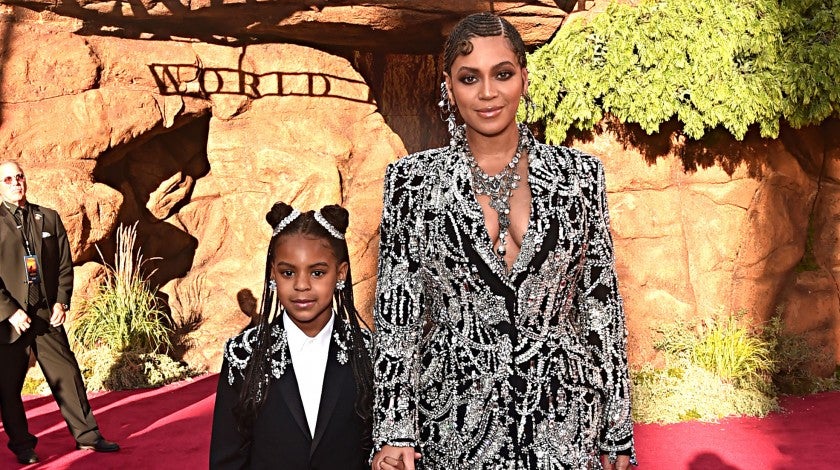