The Voice finale crowned a new champion while bringing back some old favorites!

The final episode of season 18 was a star-studded showcase. Before crowning the new champion from the talented Top 5, fans were treated to performances from the Jonas Brothers, Bon Jovi, Lady Antebellum, Karol G, and Bebe Rexha, as well as former coaches Shakira and CeeLo Green.

And of course, since she’s quarantining in Tishomingo, Oklahoma, with beau Blake Shelton, Gwen Stefani also popped in, as the couple performed their latest duet, “Nobody But You.”

“I wanted to say very quickly, thank you to all the Oklahoma regional food banks, frontline workers, thanks to all the food bank workers across this country,” Shelton told fans before the two performed. “You’re out there, you’re taking care of people, and we love you for it. Be sure, if you’re watching this, donate to your local food bank.”

We could not love @GwenStefani and @BlakeShelton any more. 😍 pic.twitter.com/yV3SxbMvwm

John Legend opened the show with another fun ditty, a cover of the Cheers theme song that poked fun at his fellow coaches: Nick Jonas’ diligent note-taking, Kelly Clarkson’s team jacket bribery and Shelton’s habit of not noticing that he got blocked.

“Sometimes you want to go where everybody knows your team,” the coaches crooned together. “And they’re living out their dream.”

#TheVoice Happy Hour will be the happiest part of your day. 🤗 pic.twitter.com/L6ThmShHQE

While it’s certainly a different atmosphere this season, with each of the Top 5 competitors performing and getting the results from home, host Carson Daly noted that Tuesday’s crowning was special, even without the confetti and fanfare that usually accompanies a Voice finale.

“I think it doesn’t really matter, like, how much stuff we blow up,” he said during a remote press conference Monday. “We have five great finalists, and winning the show really is life-changing, so I think watching the excitement of one of these five finalists and their families, you know, jump up and down and be excited is really the only winning moment that matters. We’ll have the heart of it, for sure.”

See ‘The Voice’ Audition That Blew the Judges Away!

See ‘The Voice’ Audition That Blew the Judges Away!

“I’m just curious, are they actually gonna send me the trophy though, when I win, or will I have to wait for a while?” Jonas joked. The newest Voice coach said his first season of the show was a “quick learning curve,” particularly under the unusual circumstances. “It’s been really special and I feel really grateful for the opportunity to have done the show, especially on a season that’s been as unique and wild as this one has been,” he raved.

“The one thing I will say that has been a bummer, especially for Nick, this being his first season, is there’s a lot of fun in the lives when the energy in there, you’re all in the room together,” Clarkson admitted. “That kind of camaraderie comes across not only on camera, but with us, and it helps us have a good time… I’m a little bummed for him that he didn’t get to feel that, you know, with us, but that’s not to say he won’t.”

No coaches have yet been announced for season 19, and Clarkson teased Shelton that he and Stefani should team up on a “red love seat” for the next season. However, the coaches have made the most of this unique season, and Shelton got one last jab in at Jonas before signing off — proving he’d be more than happy to have him back again.

“I’m gonna say that ever since Nick Jonas joined the show, it hasn’t been the same. Let’s just say, we can’t even be in the same room as that guy,” the country star joked. “If he comes back, maybe we’ll have to do it from our homes again, which is fine with me, having said that.”

See more from The Voice season 18 in the video below.

How ‘The Voice’ Coaches’ Significant Others Are Helping From Home

‘The Voice’ Finale: The Coaches Talk Top 5 and Season 19 Plans

‘The Voice’: Watch the Top 5 Original and Cover Finale Performances

‘The Voice’: John Legend Brings a Finalist to Tears by Clearing ‘Purple Rain’ for the First Time Ever 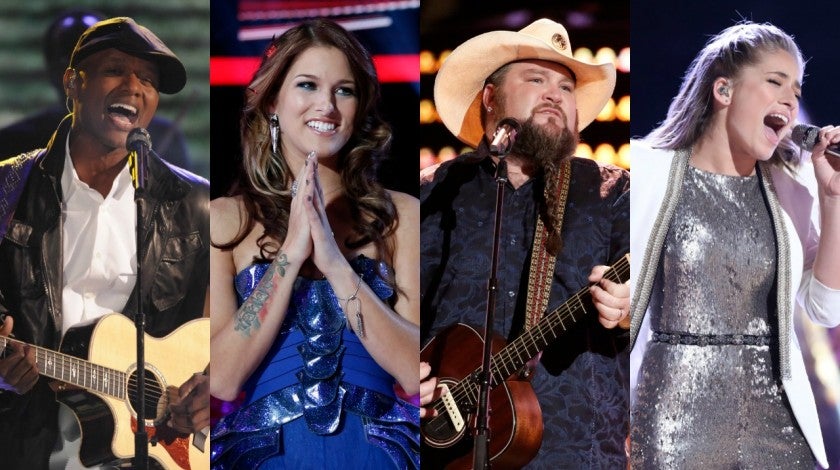