The “You Need to Calm Down” singer has been an outspoken advocate for LGBTQ rights and political change, particularly in recent years as she’s become a more prominent voice in political activism and has been using her platform and fan base to share a message of acceptance, love and equality.

The Vanguard Award is given each year to honor “allies who have made a significant difference in promoting acceptance of LGBTQ people.”

“From boldly standing up against anti-LGBTQ elected officials to shining attention on the urgent need to protect LGBTQ people from discrimination through the Equality Act, Taylor Swift proudly uses her unique ability to influence pop culture to promote LGBTQ acceptance,” Sarah Kate Ellis, the CEO and President of the organization, said in the statement released Tuesday.

Ellis added, “In a time of political and cultural division, Taylor creates music that unites and calls on her massive fan following to speak up and call for change.”

The 31st Annual GLAAD Media Awards in Los Angeles will be held at the Beverly Hilton on April 16, while a date for the New York City awards ceremony has yet to be announced.

Past winners of the award — which has been bestowed on honored celebrities since the 4th Annual GLAAD Media Awards in 1993 — include Britney Spears, Patricia Arquette, Demi Lovato, Kerry Washington, Jennifer Lopez, Drew Barrymore, Jennifer Aniston and Kathy Griffin, to name just a few.

Meanwhile, TV personality, author, director, producer and advocate Janet Mock will be honored with the Stephen F. Kolzak award, which is presented annually to a select LGBTQ figure in the media who has worked to make a significant difference in promoting LGBTQ acceptance in society.

Mock made history as the first trans woman of color to write and direct and episode of television on the show Pose, specifically the groundbreaking episode “Love Is the Message.”

“Janet Mock is a trailblazing force for diverse and inclusive storytelling who has raised the bar for LGBTQ representation in Hollywood,” Ellis shared. “She tells stories that need to be told, including those of transgender people and people of color, in revolutionary and eye-opening ways that inspire and enrich.”

Last year, the Vanguard award was presented to Beyonce and her husband, JAY-Z. The songstress accepted the honor with an emotional speech during which she dedicated the award to her uncle, Johnny, “The most fabulous gay man I have ever met,” who she said “lived his truth and was brave and unapologetic at a time when this country wasn’t as accepting.”

“Witnessing his battle with HIV was one of the most painful experiences I’ve ever lived,” Beyonce said as her voice cracked with emotion and her husband placed his hand supportively on her arm. “I’m hopeful that his struggled served to open pathways for other young people to live more freely. LGBTQI rights are human rights.”

Watch the video below for more on the pair’s emotional night at last year’s star-studded ceremony.

A Decade of Coming Out: How LGBTQ Celebs Changed the Game in the 2010s 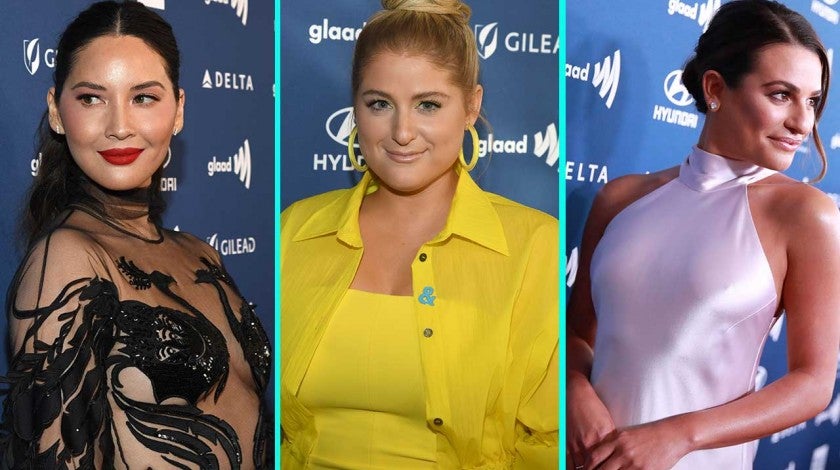 Dear Saudis: An Open Answer To Questions About Aramco Investing

REPORT: “Handful” of Head Coaching Candidates Are Not Interested In Giants HC Job If Dave Gettleman Is Retained