All is well with Tanner Tolbert and Demi Burnett!

ET’s Brice Sander caught up with Tolbert and his wife, Jade Roper, at the 100th episode celebration of Marriage Boot Camp, and the former Bachelorette contestant shared that he and Burnett had reconciled after he criticized her for going on Bachelor in Paradise with a girlfriend.

“I was actually a huge Team Demi [fan]. She was actually one of my favorite contestants of all time,” Tolbert said of Burnett, who’s now engaged to Kristian  Haggerty. “And we actually got together to watch week one of the NFL games with a few friends, so we actually got along great. We buried the hatchet. And all is well. At least on my end.”

“He’s just a man of his own personal convictions,” Roper said of her husband, who stood by his original comments comparing Burnett’s situation to that of Jed Wyatt’s — who got engaged to Bachelorette Hannah Brown while he had a girlfriend — as well as previously telling ET that Burnett was being “fully hypocritical.”

“I don’t change what I said, but I like Demi as a person and I wish her the best,” he said.

The Bachelor Nation couple also weighed in on Tyler Cameron and Brown’s former relationship after Cameron and Gigi Hadid recently called it quits.

“I think the Tyler and Hannah thing, that ship has sailed,” Tolbert said of the former Bachelorette and her runner-up. “When he left her apartment and then was with Gigi the next night, I think it’s time to move on. Maybe he can date another supermodel… I don’t want to say never, but I think it’s probably best for them to go their separate ways.”

“The man has so many options right now,” Roper added. “… Hannah B., she’s killing it on Dancing With the Stars. She’s gonna be just fine without him.”

The event marked a rare night out for the pair, who recently welcomed their second child, 2-month-old Brooks, who joined their daughter, 2-year-old Emmy.

“I forgot how to socialize,” Tolbert quipped. “… It’s a lot. I mean, it’s a lot more for her than it is for me, but it’s hard. You know, Emmy’s two and Brooks is two months, so they’re both a handful right now.”

“They’re so much fun, but it’s really just, like, rolling with the punches. You take it literally day by day I feel like,” Roper agreed. “We really look forward to bedtime, but then once they’re in bed we’re like, ‘Oh my god, I miss you!'”

My blue eyed babies. 😍 Emmy learned how to say “Brooks” today! You can see it in my stories! Tanner went down to San Diego to watch football today, so we three hung out in bed late, ate pancakes, played, and cuddled. Ok, maybe it was mostly me trying to keep them from getting injured today, because Emmy is NONSTOP energy right now. Haha. But, I’ve been smiling watching these two bond, Emmy is really falling in love with him. 🥰

While they certainly have their hands full now, neither Tolbert nor Roper has ruled out the possibility of someday welcoming baby number three.

“We’ve had some heated discussions about this and [I’d have] the odds at 50/50 for another Tolbert baby,” Tolbert said. “So we’ll see.”

“I just feel like our family’s not complete,” Roper insisted. “I feel like there is a third, but it’s just so hard.”

“We’ll see once one gets potty trained, then maybe we’ll open our minds to a third,” Tolbert joked.

Our first photo as a family of four! (Emmy steals the show here, though. 🤣😍) Honestly, I was so worried about the moment Emmy would meet her brother for the first time, but she was such a nurturing big sister, already. Swipe to see the video. ❤️❤️

As for which Bachelor franchise couple they’d like to see join the parents club next, both Roper and Tolbert agreed that newlyweds Ashley Iaconetti and Jared Haibon should start their family sooner rather than later.

“We’re definitely dying for Ashley and Jared to have babies. They just got married. They’re one of our best friends,” Roper said. “… Our children need to grow up together, so I’m like, ‘Get on it!'”

“We see them all the time. I’m always trying to push that needle,” Tolbert added. “I think they’re going to wait a little bit before trying.”

‘Bachelor in Paradise’: Demi Burnett Responds to Tanner Tolbert Accusing Her of Pulling a Jed Wyatt 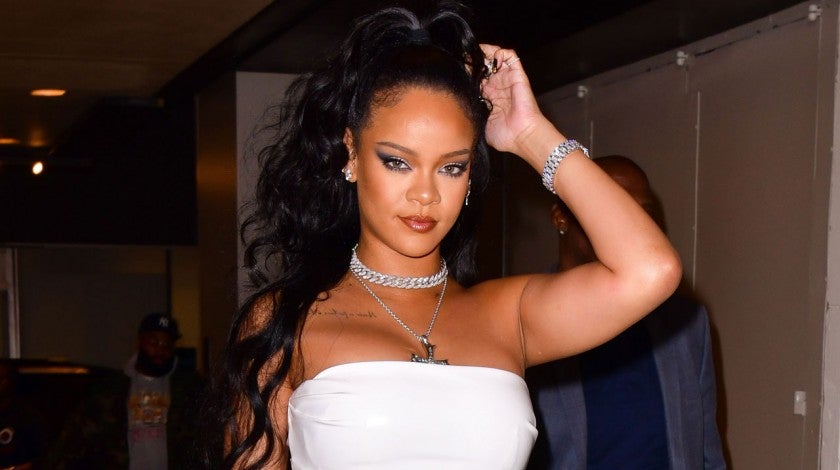