Justin and Hailey Bieber’s second wedding is going to be a religious affair.

Stephen Baldwin shared new details of his daughter’s possible South Carolina festivities, and expressed how he couldn’t wait to walk his “princess down the aisle.”

“Weddings and marriage are supposed to be a holy commitment, one onto another,” the 53-year-old actor told TMZ on Saturday. “I just think that as Christians, and as believers, they understand that if you don’t have God’s spirit working in your marriage it just makes it more and more difficult to make it work and have peace and find happiness.”

The actor continued, saying his family is “excited” and that they’re going to have a “very fun wedding.”

“They’re going to have a lot of their pastor friends and a lot of their Christian friends around them at this time,” Stephen shared, adding, “For now, my only job is just walking my princess down the aisle.”

He also revealed that the pair is currently look at a couple different venues right now and “trying to figure out which one is going to be the most fun for them and memorable. So right now they’re looking around South Carolina.”

When talking about his son-in-law, Stephen said that he’s “taking some more time for himself.”

“Many don’t know that he’s quite a family man,” he explained. “He loves family and kids and things like that… I think he’s grown leaps and bounds in the past year as far as taking time to himself and making sure he’s spending time with his wife, and they’re having fun.”

It’s been quite the year for Justin and Hailey, who have shown their love for one another on social media on multiple occasions.

This past week, the lovebirds added a furry new friend to their family. The happy couple introduced the world to their brand new kitten, Sushi, last Saturday.

Meanwhile, the 25-year-old singer attended a church service at Churchome in Beverly Hills on Wednesday night and got up to perform.

An eyewitness told ET that Bieber was very emotional while preparing to sing a gospel song. The musician was seen crying, telling the crowd that these past two years have been very hard on him. According to the eyewitness, Bieber was nervous to go up and sing because he didn’t want people thinking it was a concert. The pop star performed “Never Would Have Made It” by Marvin Sapp for the congregation. 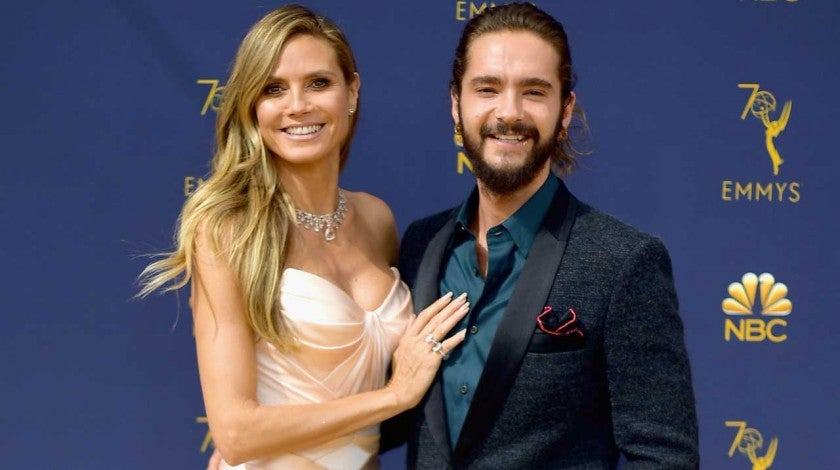 Celebs Who Had Secret Weddings

OMG! Does This Comedian ESCAPE The Judges’ Buzzers?! – America’s Got Talent: The Champions

01/14/2020 admin Comments Off on OMG! Does This Comedian ESCAPE The Judges’ Buzzers?! – America’s Got Talent: The Champions

11/17/2019 admin Comments Off on Leonardo DiCaprio’s Dad Joins Him at Premiere of Climate Change Documentary ‘Ice on Fire’: PICS