It’s time to look to the future.

Star Trek: Discovery made its Hall H debut at San Diego Comic-Con on Saturday morning as part of a 90-minute Star Trek panel with star Sonequa Martin-Green, executive producers Alex Kurtzman and Heather Kadin, and co-showrunner Michelle Paradise on hand to preview the upcoming third season. And they made their 20-minute session count, announcing a major addition for the new season, special guests and sharing a first look.

David Ajala (Supergirl, Nightflyers) was the surprise guest on the Star Trek: Discovery panel, joining season three as a mischievous new character named Cleveland “Book” Booker. Smart and capable, Book has a natural charisma and devil-may-care attitude that tends to get him into trouble as often as it gets him out.

Kurtzman added that Book is a character who isn’t who he appears to be, teasing that trouble awaits the USS Discovery crew when they arrive nearly a century into the future and that they will not have arrived in the same place, so reuniting may be a tall task in itself.

Filming only began recently, with the first official photo released Saturday of Martin-Green and Ajala in action. (Spoiler alert: The USS Discovery doesn’t land in their intended destination.)

Looking ahead to what awaits the next season, Kurtzman promised that Star Trek: Discovery will keep the DNA of the franchise while building an unknown future.

“We do get to shake it up quite a bit. Each of these shows in many ways do that in many ways,” he added, promising that they will stick to canon. “It is still Star Trek and it will always be Star Trek the way Roddenberry wanted it.”

Ethan Peck and Rebecca Romijn also made surprise appearances during the panel. They will reprise their characters as Spock and Number One in episodes of Short Treks, which will unveil six later this year (two of which will be animated and one revealing the backstory of Jean-Luc Picard before Star Trek: Picard). Anson Mount will also appear in an episode of Short Treks.

Back in April, Paradise was coy when she spoke with ET about what the USS Discovery crew’s arrival 950 years into the future in the sophomore finale means for the show’s latest chapter.

“I can’t say anything about season three except to say that I’m excited for it,” Paradise said at the time. “I think fans will be excited for it and I’m so thrilled with season two. I’m so proud of how it turned out. Hopefully everyone finds the last episode as satisfying as we did and we did really work hard to pay off all of those character arcs over the course of the season, and the little character moments like the Stamets/Culber [scene in the medical bay]. I’m super excited to see where our characters go in the future and hopefully everyone else will be too.”

Last season featured Mount as Captain Christopher Pike, Peck as Spock and Romijn as Number One. By the end of the season, the USS Enterprise’s path aligned with Star Trek canon when the crew returned to their starship — with a newly-shaven Spock back on board — to venture off on their next galactic mission.

To stay up to date on all the Comic-Con news, sign up for ET’s daily newsletter below.

‘Star Trek: Discovery’ Gets Renewed for a Third Season 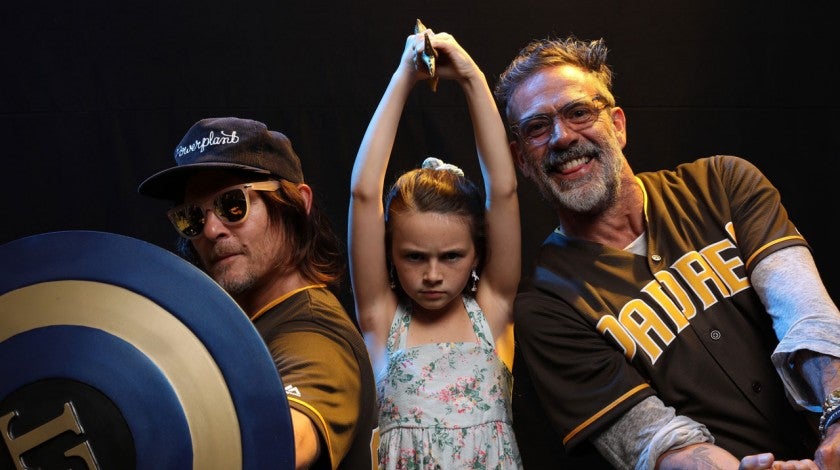