Welcome to Miami! Kim and Kourtney Kardashian and BFF Jonathan Cheban ate lunch at Prime 112 on Dec. 3. Later that day, they enjoyed a late dinner with David and Isabela Grutman at Swan, Pharrell and David Grutman’s Miami Design District hot spot. The restaurant’s outdoor garden was buzzing with celebs out and about during Miami Art Week, including Bella Hadid, who was enjoying dinner with friends at the venue and later joined the Kardashians’ table.

Serena Williams celebrated her fashion brand, S by Serena’s, second annual Art Basel pop-up party, hosted by Beefeater Pink, at Faena Bazaar on Dec. 4. After the soiree, the tennis pro and her friends headed to Miami institution Casa Tua for a karaoke after-party.

Winnie Harlow made an epic entrance into a private after-party in Miami on Dec. 4 — she was followed by a parade of Perrier-Jouët Belle Epoque Rosé bottles! The room cleared the way as the model led the sparkler-lit procession. Once she sat down at a VIP table with the latest Haute Living “Haute 100″ issue, Harlow grabbed a bottle of the rosé and showered guests with the $300 cuvee.

Maluma and his friends stopped by Hennessy’s Le Voyage Residency in Miami, where they created his signature 11:11 cocktail.

Teyana Taylor performed in a private concert at the Courvoisier x Def Jam Art Basel Party at the Faena Forum in Miami Beach on Dec. 6.

Idris Elba put on a DJ set at Basement at the Miami Beach EDITION on Dec. 7.

Sing it, stars! Lizzo and Normani celebrated Fizz the Season with Pepsi during iHeartRadio Jingle Ball in Tampa, Florida, on Dec. 1.

Kim Petras performed two nights in a row at Avant Gardner in Brooklyn, New York, in mid-November as part of her The Clarity Tour.

Billy Joel sat down for a special event, “Billy Joel: An Evening of Questions and Answers…and a little music too” at the Faena Theater in Miami Beach on Dec. 5, which was broadcasted live on Joel’s SiriusXM channel, The Billy Joel Channel.

Time to blow out those candles! Rita Ora celebrated her 29th birthday with a Las Vegas bash at On the Record Speakeasy and Club inside Park MGM on Nov. 29. Arriving after midnight with the venue’s creators — Los Angeles nightlife impresarios and twin brothers, Jonnie and Mark Houston — Ora was greeted with fanfare when presented with a custom, tiered birthday cake and a magnum of Belvedere Vodka. The British singer spent most of the time in a hidden karaoke room where she and her group sang guilty pleasures like Beyonce’s “Drunk in Love” until the wee hours.

DJ Khaled and wife Nicole Tucker enjoyed a joint birthday party (his birthday is Nov. 26, hers is Dec. 7) presented by the We the Best Foundation and Haute Living Magazine with PLACES.CO at the Perez Art Museum in Miami on Dec. 8.

On the food front, Jamie Foxx posed for a pic with Brooklyn Chop House owner Robert “Don Pooh” Cummins at the NYC hot spot where the actor was hosting a dinner party for 35 of his closest friends on Nov. 19.

Party time! Rihanna made her mark on London, slaying as usual in a black ensemble accessorized with de GRISOGONO by Emmanuel Tarpin jewelry at the 2019 British Fashion Awards’ after-party on Dec. 2.

Tyler Cameron stopped by the Industry Models party at Warrior in West Hollywood on Nov. 21. The Bachelorette alum arrived with a few friends around 9:00 p.m. and spent two hours at the new Sunset Strip restaurant and lounge.

Also in the Big Apple, Real Housewives of New Jersey stars Dolores Catania and Jennifer Aydin met up with host Anthony Lamont at the BRAVOCON after-party at SLATE NY on Nov. 15.

Olympic gold medalist skier Lindsey Vonn and her fiancé, P.K. Subban, surprised fans at NYC’s Bryant Park to celebrate the launch of Red Bull’s Winter Edition Plum Twist flavor as they enjoyed an evening skate on the ice. The newly engaged couple was excited to celebrate their first holiday season in the Northeast since Subban joined the New Jersey Devils earlier this year.

To spark some more joy this holiday season, Jason Biggs and wife Jenny Mollen met some of their Manhattan neighbors and delivered Old Navy’s Klaus pajamas and socks.

Out in Sin City, Jonathan Scott and Zooey Deschanel were spotted together at Mama Rabbit Bar at Park MGM on Nov. 16. The new couple noshed on chips and guacamole after taking in a show.

And The Chainsmokers celebrated their album release with an official party at XS Nightclub at Wynn Las Vegas on Dec. 7.

Looking good! Kacey Musgraves ended her Oh What a World Tour II run with some major self-care, taking time to recover at Remedy Place on Dec. 3. The country crooner was one of the first to experience Los Angeles’ first-ever social wellness club, which recently opened in West Hollywood.

Ali Landry joined Dan Holtz at the grand opening of the Beverly Hills Rejuvenation Center in San Antonio, Texas, on Dec. 5, where the pair discussed Holtz’s best-selling book, The Trifecta of Health, and Landry’s health and wellness platform, RESHAPE.

And Kris Jenner and Faye Resnick had a blast with plastic surgeon Dr. Ben Talei and some of their pals at the Holiday Diamonds Showcase charity event at the Bel-Air Hotel in Beverly Hills on Nov. 20.

Sam Smith flew around town on a Bird scooter.

Plus, Ziggy Marley and his family celebrated the Give the Gift of UGG holiday 2019 campaign in Beverly Hills, California, on Nov. 20.

Additionally, the GRAMMY Charity is hosting an online holiday auction through Dec. 11 featuring 70 exclusive items from stars including Keith Urban, Jonas Brothers, Luke Bryan and Carrie Underwood. Bidders will have the opportunity to score tickets to the 2020 MusiCares Person of the Year tribute honoring Aerosmith in Los Angeles on Jan. 24 and bid on once-in-a-lifetime experiences like being a VIP seat filler or nabbing platinum tickets to the 62nd GRAMMY Awards, which will be held in L.A. on Jan. 26.

For even more must-see star sightings, click through the gallery below. 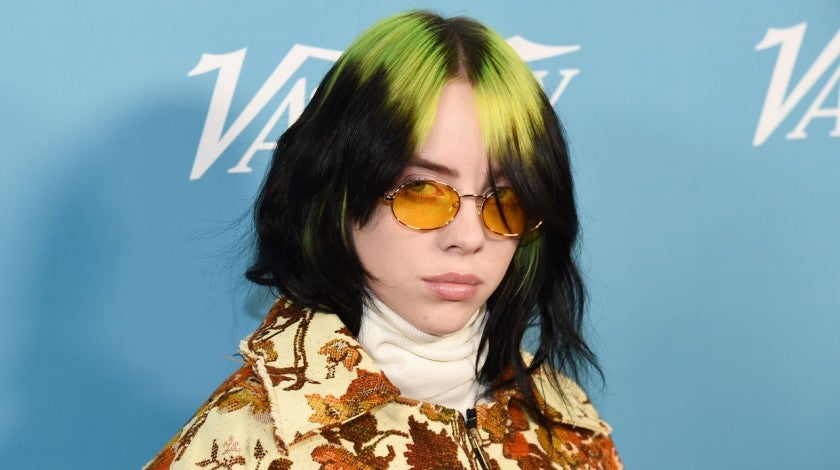