Robert Pattinson is opening up about how “weird” it is to be frequently cast as a hunk, looking like a “baby with a wig on” during his Twilight audition — and smelling like crayons!

The 33-year-old actor discussed looks during an interview with Allure, ahead of his hotly anticipated starring role in upcoming film, The Batman.

“It’s weird,” he said when asked about being deemed “superlatively hot.” “I never was really up for the good-looking-guy roles, because I’ve always been quite awkward when meeting people. My Harry Potter role was a good-looking guy, and it was a shock that it was quite easy to get.”

“And then in Twilight, [Edward is] beautiful, beautiful, beautiful,” continued the actor, who has starred in Harry Potter and Twilight movies, The Lighthouse and The King. “When I turned up for the audition, I had done a job where I’d dyed my hair black, but I had an inch and a half of roots, and I had waxed my body. And then I had a few months where I’d been drinking beer all day, so I had this hairless, chubby body. I looked like a baby with a wig on.”

Regardless, he won the role of Edward Cullen in the phenomenally successful film franchise, and in doing so, he also won a global legion of adoring fans.

Pattinson said that following the film, he was suddenly deemed handsome.

“After I did Twilight, [my friends said,] ‘Oh, you’re posing all of the time,’ and I’m like, ‘What are you talking about? I’m just standing. And none of you thought I was good-looking two years ago!’” Pattinson said.

As for what his adorers can do to catch his attention, Pattinson shared his favorite and least favorite smells … which indicated that anyone trying to win his heart should avoid letting a lighter near their hair!

“The worst smell … I don’t really mind grimy stuff. I love the smell of things people really hate, but burning hair is revolting,” he said.

“Definitely the scent of when you’re in love with someone, and the smell is incredible,” he also said, about his favorite scent. “It brings out an animal side of being human.”

While Pattinson may be partly known for his looks, when it comes to his acting choices, he was “only interested in weird things,” according to Robert Eggers, his director on 2019 film, The Lighthouse.

“At the time, I wanted to just do the most extreme, strange characters I could possibly find,” Pattinson shared in an ET clip.

See more on Pattinson below.

Why Robert Pattinson Only Wants to Play ‘The Most Extreme, Strange’ Characters (Exclusive)

Robert Pattinson Suits Up For ‘The Batman’ First Look 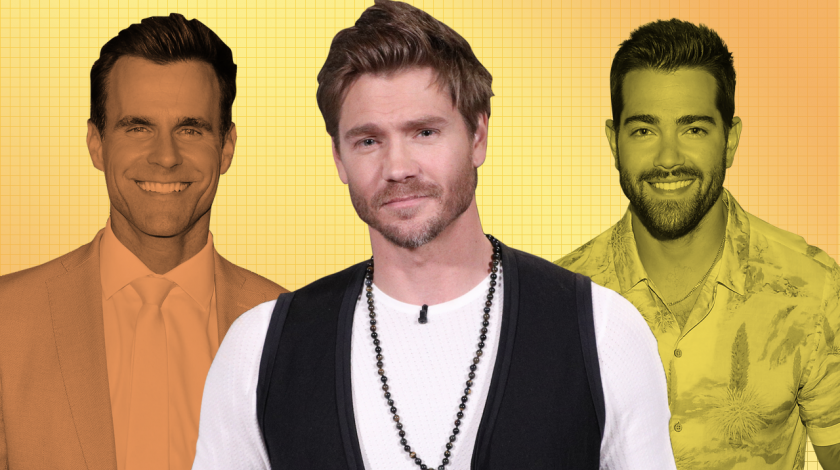 Swoon Over the Hunks of Hallmark