Paul Rudd has been a successful actor for decades, but he hasn’t let it go to his head.

On Tuesday, ET’s Rachel Smith caught up with the 50-year-old leading man at the press day for Living With Yourself, his first-ever starring role in a TV show, where he discussed a big highlight from his journey — his first day of work on Clueless.

“The arch at the Paramount gates,” the actor candidly shared when asked about his first memory of making the film in 1994. “Driving on [the lot] and seeing those arches that I’d seen in movies growing up and I thought, ‘Wow, they have my name at the gate I have a parking pass. I could just drive into this gate.’ And thinking ‘This is brand new. What an incredible privilege.’ And I very clearly have the memory of ‘Wow, I’m driving onto the Paramount lot.’ …I never get used to that.”

However, despite the massive success he’s found over the years, Rudd made it clear that acting doesn’t define him.

“It’s not my life. My life is my life and this is an aspect of my life,” he stated. “It’s a fun, crazy, strange way to make a living and it’s a fun job and I care about it a lot …but it’s not the number one thing in my life. It’s a part of it and I always try and remember to appreciate things and acknowledge how insane it is.”

On his new Netflix series, Rudd plays Miles, a generally unhappy guy who decides to undergo a mysterious procedure designed to make him happier, which it does. However, he soon discovers that the treatment also involves the creation of a doppelganger to replace him, meaning the actor had to tackle two roles for this show.

“The scripts were really great and I really enjoyed reading them… the story itself was this high concept, interesting and funny and an existential comedy,” Rudd shared of discovering the role. “Yet it was super dramatic, it was kind of sci-fi, it seemed unique. I hadn’t read or seen anything quite like this.”

Living With Yourself premieres on Netflix on Friday, Oct. 18.

SEE MORE TV AND FILM NEWS IN THE ET NEWSLETTER 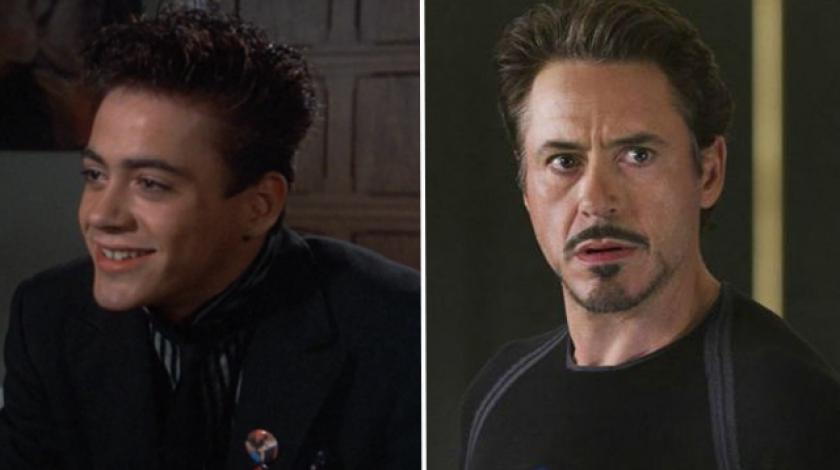 Before They Were Avengers: Your Favorite Marvel Heroes’ Early Acting Jobs