Miley Cyrus is getting ready to take the VMAs stage!

Just hours ahead of the 2019 MTV VMAs on Monday, the network announced that the 26-year-old singer will perform her new track, “Slide Away,” at this year’s ceremony.

The news is somewhat surprising as Cyrus, who is up for two awards (Song of Summer and Power Anthem for “Mother’s Daughter”), previously said she would not perform at the show.

“No f**kin way,” Cyrus commented on a July fan post saying they wouldn’t watch the broadcast unless she took the stage.

Around the same time, Cyrus agreed with another fan comment that read, “They care more about a f**king green screen than a message to the world. nominate anyone but at least do not use the image of Miley to promote their damn prizes @vmas and #SheIsComing #Peace”

.@MileyCyrus is coming❗️Watch her perform her new song “Slide Away” for the first time ever TONIGHT at the #VMAspic.twitter.com/U5xZ3PiIt2

If Cyrus’ VMAs history is any indication, fans are sure to get an unforgettable performance when she takes the stage.

At the 2013 awards show, Cyrus made headlines when she performed twerk-heavy renditions of “We Can’t Stop” and “Blurred Lines” with Robin Thicke. During the provocative performance, Cyrus came out in a teddy bear onesie and later stripped down to a flesh-toned, latex bikini.

During the 2015 show, which Cyrus hosted, Nicki Minaj infamously called out the “Cattitude” singer for previous comments Cyrus had made.The feud continued in the press for a while, until seemingly coming to a close at the 2017 Billboard Music Awards when Minaj stood, clapped and smiled following Cyrus’ performance of “Malibu.”

In addition to Cyrus’ much-discussed VMAs past, the news comes amid her highly-publicized split from her husband, Liam Hemsworth, who many speculate is the inspiration for the song she’ll perform.

A source recently told ET that Hemsworth, who recently filed for divorce, decided to do so because he realized that it’s “time to move on.”

“Liam’s decision to file for divorce is sad, but in the end, it was never going to work,” the source said. “They are too different. Liam never wanted to share Miley with anyone. He loves her and he is far too traditional. He finally realized he just wants to start fresh.”

Meanwhile, according to a source, Cyrus — who’s recently been spotted in PDA outings with Brody Jenner’s ex, Kaitlynn Carter — “still feels the need to explore herself, her sexuality and her music.”

“Liam loves Miley and is crushed by all of this. But right now Miley doesn’t want to answer to anyone,” the source claimed. “… Miley has been working in the studio and wants to blow off steam.”

MTV VMAs 2019: How to Watch ET Live on the Red Carpet and More 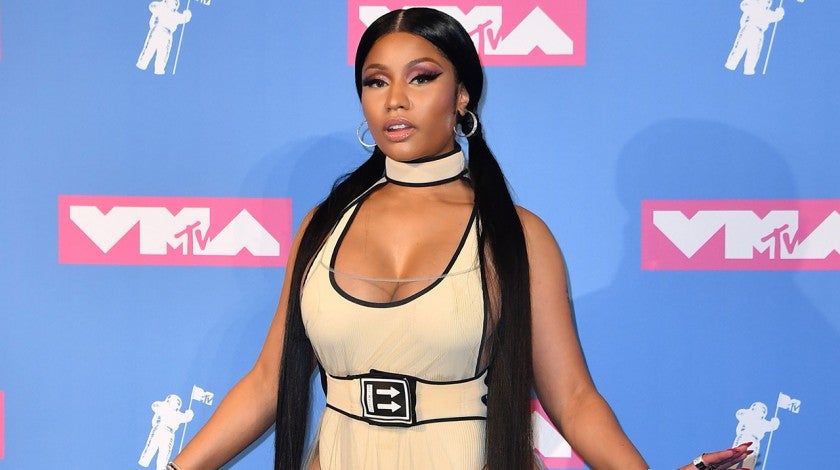 The Wildest Fashion Looks From the 2018 MTV VMAs