Melissa Barrera is more than ready to share In the Heights with the rest of the world.

The Mexican-born actress landed the coveted role of Vanessa in the film adaptation of Lin-Manual Miranda’s four-time Tony Award-winning Broadway production and is “having a blast” being on set.

“It’s really amazing,” Barrera recently told ET over the phone about getting to be a part of Miranda’s highly anticipated project. “I am so excited for In the Heights. We just had a table read yesterday morning and it was magic! We were all weeping. It was amazing running through the whole thing, top to bottom with the songs and everyone there together. It was magical.”

In the Heights — which was also nominated for the Pulitzer Prize in Drama — follows a bodega owner (Anthony Ramos) who has mixed feelings about closing his store and retiring to the Dominican Republic after inheriting his grandmother’s fortune. It also spotlights residents of a largely Hispanic American community in the Washington Heights neighborhood of Manhattan.

The Jon M. Chu-directed musical features a predominately Latinx cast — including Marc Anthony, who recently joined the cast — and, as Barrera passionately expressed, will make audiences “fall in love with our culture.”

“This is amazing because this is a big film. Thanks to Lin-Manuel, who is so talented and has now become a big name, we get to make this film in the major way that it deserves,” she marveled. “And it’s going to be seen, hopefully, in the entire world. And what makes me so excited about it is that people are going to fall in love with our culture because there is no other option. It’s so beautiful!”

“The dancing, the music, it’s so Latino,” she conveyed. “The dancing is from salsa, rumba, bomba to urban. There is everything! And then you have the number like “Carnaval” where you have all the flags from all the Latin American countries come out and we’re waving them. It’s just going to be epic and I am so excited for the world to see it and fall in love with Latinos because we’re such a beautiful people, so [culturally] rich and so full of history. It makes me so happy to be a part of this.”

In the Heights isn’t scheduled to be released until June 26, 2020, with filming currently underway. When she’s done with the musical, Barrera will most likely return to production on the Starz show Vida, which just got renewed for a third season. She’ll then jump on board the Carmen remake, in which she stars opposite Jamie Dornan.

“That is the plan in October. I would go from In the Heights to Vida to Carmen,” Barrera detailed, adding that she’s “very excited” about Carmen “because it’s more like a movie with music, not a musical like In the Heights.“

“It’s also a story about an immigrant but told in a way that is different and, in a way, romantic,” she explained. “I think that at times you need to tell the same story that people have been hearing, because immigration is hot right now and everyone is sharing their stories, making movies and shows about it, but I feel like the way that we are going to tell the story with all the magic of dance, and song and romance, it might get through to people.”

Barrera also added that the film is more than a love story, and shares the “struggle of having to run away from the home that you know” for fear of losing your life.

“There is a danger that [one faces in those situations],” Barrera stressed. “You are risking your life, but the peril that you are running away from is bigger than the fear of losing your life. That is something that sometimes people don’t get and I think it’s an important message to share.”

Melissa Barrera Says ‘Vida’ Is More Than a Latinx Show: ‘The Message Is Universal’ (Exclusive)

Lin-Manuel Miranda Reflects on ‘In The Heights’ 10th Anniversary 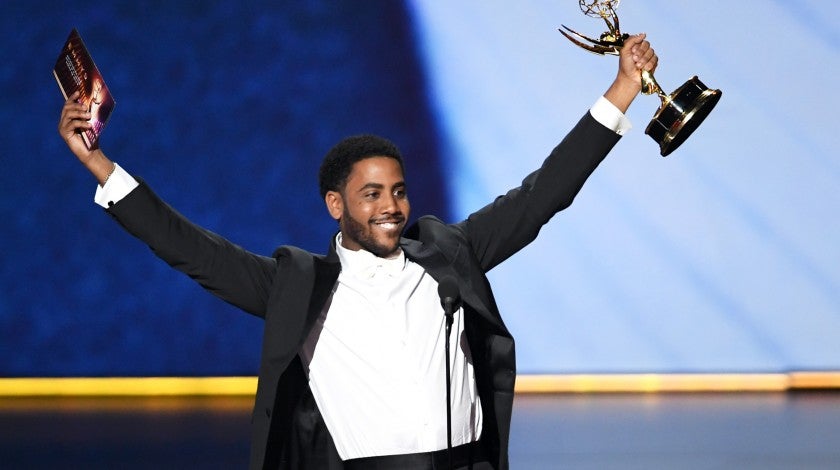 Latinx Actors Taking Over the Small and Big Screen in Hollywood