The former actress gifted her son a necklace that used to belong to her ex-boyfriend, the late Elvis Presley. Thompson dated The King for four years, from 1972 to 1976. She welcomed Brody with Caitlyn Jenner in 1983, but the Hills star has always had a “deep admiration” for Presley, Thompson explained on social media, alongside photos of the necklace, which reads “TCB” after Presley’s motto, “Taking Care of Business.”

“@brodyjenner has a deep admiration for Elvis – not only as the king of rock ‘n’ roll, but as the ‘king of bling’ as well… 😉⚡️So this is what I got Brody for Christmas this year!” Thompson shared. “He already has a TCB tattoo on his wrist! Scroll through to see other jewelry that my dear friend Lowell Hayes in Memphis made for Elvis and me years ago…Lowell is the best! 💍👑🕺#shoutout #bling #king #takingcareofbusiness.”

“Best gift ever,” Jenner commented on his mom’s post, adding a heart emoji.

@brodyjenner has a deep admiration for Elvis – not only as the king of rock ‘n’ roll, but as the “king of bling” as well… 😉⚡️So this is what I got Brody for Christmas this year! He already has a TCB tattoo on his wrist! Scroll through to see other jewelry that my dear friend Lowell Hayes in Memphis made for Elvis and me years ago…Lowell is the best! 💍👑🕺#shoutout #bling #king #takingcareofbusiness

Thompson opened up about her romance with Presley in a 2016 interview with ET.

“I was still a virgin when I met him,” she revealed. “I think that is what added to the allure of me for him, because he was a very territorial man. And a very jealous man. It really made him feel wonderful that I was a virgin.”

Thompson admitted she was “pretty green” going into her relationship with Presley at the time, whom she says cheated on her frequently.

“Elvis was not monogamous. As we say in the South, bless his heart. He just wasn’t monogamous,” she said. “He had a tremendous capacity to love and he loved women and women loved him… I was happy to share him with his legions of fans and even understood sharing him occasionally to infidelity, but it didn’t make it any easier.”

Toward the end of their relationship, she realized she wanted to have a family — and that Presley’s lifestyle wasn’t one she thought fit with her ambitions.

“I didn’t think that lifestyle would be conducive to family life,” she recalled. “I had to make a decision. It was a tough one and I felt depleted once I left.”

Before calling it quits, however, Thompson said she had a prophetic moment about her next big relationship, with Jenner.

“Elvis and I were sitting in bed watching the 1976 Olympics from Montreal and this incredible visage of a man, this incredible specimen of man crossed the finish line of the decathlon,” she shared, recounting Jenner’s triumphant Olympic performance. “Elvis turned to me and said, ‘You know, I am not gay, but that man is a damn good-looking man,’ and I said, ‘He is. In fact, I think one day I am going to marry him,’ and Elvis said, ‘Yeah, over my dead body.'”

“So it’s an insanely crazy moment that, you know, of course I couldn’t of had any portent of what was to come,” she added.

Thompson and Presley split in 1976, just eight months before he died of a heart attack. She married Jenner in 1981.

EXCLUSIVE: Linda Thompson Opens Up About Her Relationship With Elvis Presley: ‘He Was a Very Territorial Man’

EXCLUSIVE: Linda Thompson Opens Up About Caitlyn Jenner Marrying Kris After Coming Out as Transgender

Linda Thompson on Her Romance With Elvis Presley: It ‘Made Him Feel Wonderful That I Was a Virgin’ 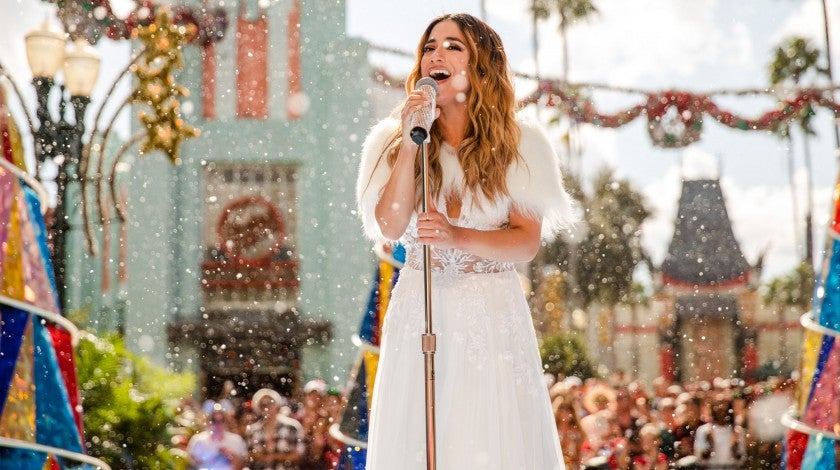 Madelaine Petsch and Boyfriend Travis Mills Split After 3 Years Together