Keke Palmer has a message for Halle Bailey’s haters.

The 25-year-old actress, who was the first black woman to play Cinderella on Broadway, spoke out against critics of Bailey’s casting in Disney’s upcoming live-action Little Mermaid adaptation on GMA‘s Strahan and Sara on Monday.

“What’s up y’all, it’s me, the black Cinderella,” Palmer began. “And I know you’re scared because Hollywood is making an effort to be more diverse in the people that they show on screen. But let me ask you this: why can’t a mermaid be black? Why is that too unrealistic for you — because you do know she’s friends with a talking crab, and I know you’re not the sharpest people, but crabs can’t talk. In fact, the entire thing is fiction!”

“And, since the beginning of the entertainment industry, the most roles for black women were that of the maid. So it’s about damn time we get to play the mermaid,” Palmer concluded.

Bailey’s casting was announced on Wednesday, and while some fans were upset that she didn’t match the appearance of the fair-skinned, redheaded Ariel of Disney’s 1989 animated film, others praised Disney’s progressive casting.

Stars like Zendaya, Halle Berry, Lin-Manuel Miranda, Mariah Carey and more congratulated Bailey on the gig, while Freefom fiercely defended Bailey on Instagram over the weekend. Bailey, along with her sister, Chloe, stars in the network’s comedy, Grown-ish.

“Yes. The original author of The Little Mermaid was Danish. Ariel…is a mermaid. She lives in an underwater kingdom in international waters and can legit swim wherever she wants (even though that often upsets King Triton, absolute zaddy),” Freeform wrote on Instagram. “But for the sake of argument, let’s say that Ariel, too, is Danish. Danish mermaids can be black because Danish *people* can be black. Ariel can sneak up to the surface at any time with her pals Scuttle and the *ahem* Jamaican crab Sebastian (sorry, Flounder!) and keep that bronze base tight. Black Danish people, and this mer-folk, can also *genetically* (!!!) have red hair.”

“But spoiler alert – bring it back to the top – the character of Ariel is a work of fiction,” the post adds. “So after all this is said and done, and you still cannot get past the idea that choosing the incredible, sensational, highly-talented, gorgeous Halle Bailey is anything other than the INSPIRED casting that it is because she ‘doesn’t look like the cartoon one,’ oh boy, do I have some news for you…about you.”

See more on Bailey’s casting in the video below. 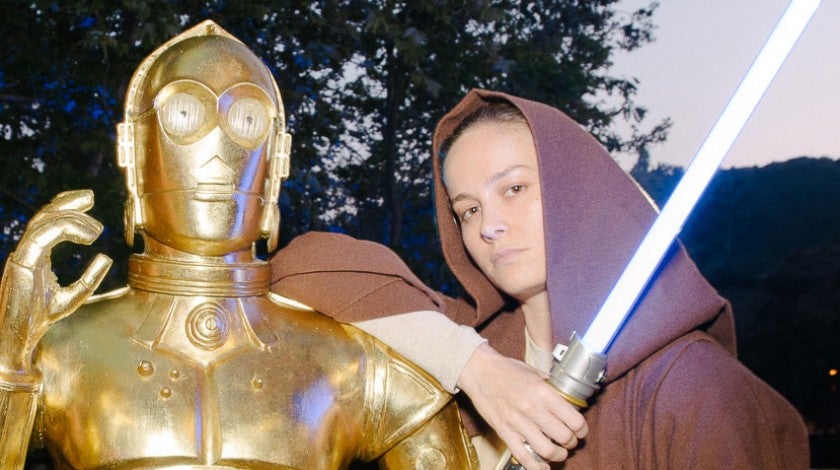