The 34-year-old British actress stunned at the Official Secrets premiere at the BFI London Film Festival in England on Thursday, six weeks after giving birth to her second child with her husband, James Righton. Knightley sported a romantic, sheer white Simone Rocha dress, which she paired with gold Rupert Sanderson heels.

On Friday, the actress confirmed that she had given birth to her second child during her appearance on BBC Breakfast. Knightley — who’s also a mom to daughter Edie — revealed she was pregnant in May, when she let her baby bump do the talking for her at a Chanel J12 cocktail party in Paris, France, where she was photographed with her hand above her burgeoning belly.

“You can tell I’ve got a 6-week-old baby, can’t you?” Knightley joked during her interview on Friday when she lost her train of thought. “I’m talking, but I’ve got no idea where I’m going.”

She also got candid about currently facing the common issues other new moms face while promoting her new film.

ET spoke to Knightley in March, when she talked about how being a mother affected her performance in the World War II drama, The Aftermath. The actress gave birth to Edie in 2015, and started working on the film 18 months later.

“The weird thing with acting is that sleep deprivation basically makes your emotions very close to the surface,” she joked. “It’s much easier to cry. You feel like crying all the time, so I can turn that on like that, so this is great. Thanks, kid.”

“The bags under my eyes are a little bit more, but apart from that, the crying is good!” she added with a laugh.

How Motherhood Helped Keira Knightley Shine in ‘The Aftermath’

Keira Knightley Gets Candid About Her Past Breakdown and Motherhood: ‘My Brain Was Shattered’ 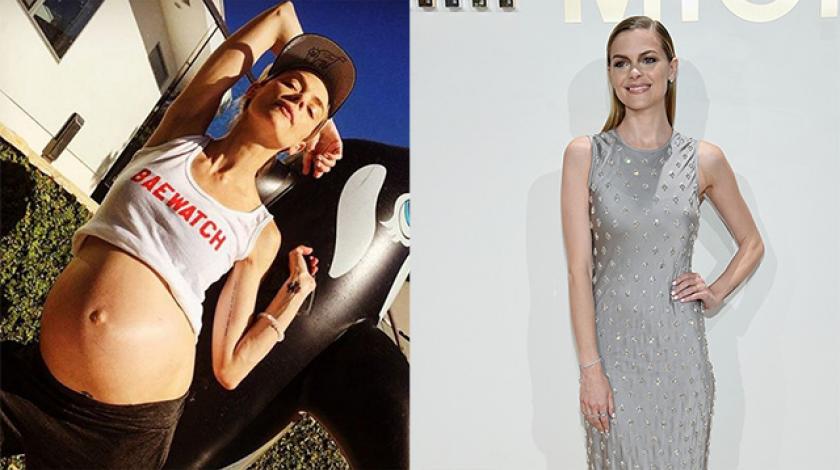 Stars Who Shed the Baby Weight