Justin Timberlake is ready for fans to hear his new music!

ET’s Brooke Anderson caught up with the “Can’t Stop the Feeling” crooner in Memphis, Tennessee, to talk about working with Lizzo, family life and his new projects, including joining the kids of Stax Academy as part of the Levi’s Music Project for a songwriting workshop.

In Monday’s episode of ET, Timberlake spills all the details about what he’s been up to, and we have a sneak peek.

That includes working with Lizzo, whom Timberlake met at the Songwriter’s Hall of Fame and approached about getting in the studio together.

“I think she thought I was lying, but we got in and we got a couple of ideas,” he teased. “I’m not going to tell you too much about what we did together in the studio. If she wants to tell you she can, but it’s flames. It is so good. I am so excited about it.”

Back in August, Timberlake shared a video of him and Lizzo in the studio, getting fans excited about a collaboration.

“I worked with SZA the other day and just worked with Meek Mill,” he shared. “I’m having these experiences that are fueling me in such a different way and, again, I think it was really birthed out of feeling like, what can I do right now to just be a part of my community and integrate.”

The 38-year-old singer is not only working on new music, but he’s also created an entire song lab in collaboration with Levi’s at Stax Academy.

“This is the song lab, but this is not the only one,” he said while showing off the impressive room. “This is specific to these instruments, and there’s other rooms where they get to work with things hooked up to their laptops, and they can program music as well. I want them to make live music and sequence music and bring it all together.”

To see more about Timberlake’s projects, life as a new parent with Jessica Biel and to see him react to his old ET interviews, don’t miss Entertainment Tonight on Monday. Click here to find out when to watch.

Justin Timberlake Hits the Studio With Lizzo — Is a Collab on the Way?

Lizzo on Rihanna Sliding Into Her DMs and Collaborating With Justin Timberlake! (Exclusive) 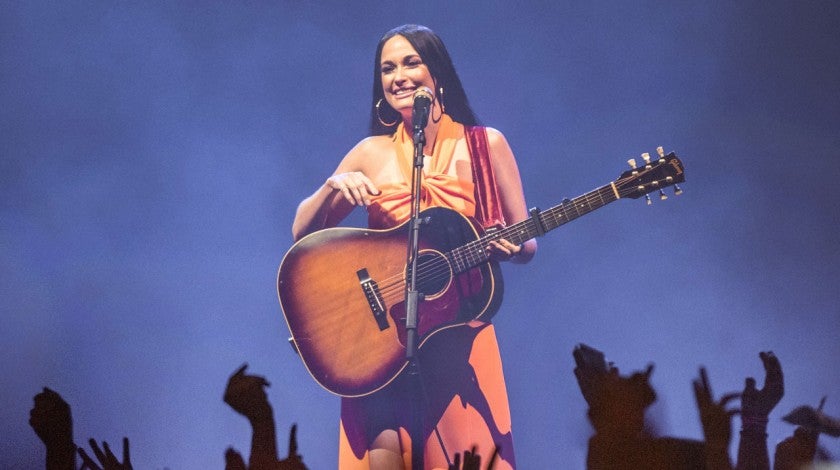 Rock Out With These Stars on Tour

Surprise! Tom Brady Is Going to the Super Bowl Again

Leonardo DiCaprio praises Greta Thunberg as ‘a leader of our time’

Trump Calls Himself ‘The Youngest Person’