Red Table Talk‘s latest episode gave fans a closer look at Jordyn Woods’ memorable episode in March, when she broke her silence on rumors that she hooked up with Tristan Thompson while he was still dating her good family friend, Khloe Kardashian.

Jada Pinkett Smith and her daughter, Willow, and her mother, Adrienne Banfield-Jones, answered fan questions on their hit Facebook Watch show on Tuesday, including if Jordyn ended up taking a lie detector test like she offered to. Jada said she had, and that they had a forensic polygraphist with more than 25 years of experience administer the test. In previously unaired footage, Jordyn takes the test and explains why she wanted to.

“I just want everyone to know that I’m telling the truth and that’s the most important part of this story to me, is the truth,” she says.

Jordyn admitted during the episode that she kissed Tristan at a party. When she is asked during the lie detector test if she had sexual intercourse with Tristan, she answered “no.” The polygraphist later said that she “definitely passed” and that he believes she is being truthful on the test.

Later, Adrienne and Jada praise Jordyn for not allowing the scandal to destroy her reputation and career, sharing that there were a lot of “untruths” that were “put out there” on social media. Adrienne says that despite reports, Jordyn did, in fact, apologize for her role in the scandal and that she saw the text messages.

Though Adrienne and Jada didn’t name names, on an episode of Keeping Up With the Kardashians earlier this year, 35-year-old Khloe claimed Jordyn never apologized to her.

“Now she’s downplaying it,” Khloe said about Jordyn. “I’m not saying things can’t happen. I’m the most understanding, calm person ever. But Jordyn… never once has Jordyn said, ‘I’m sorry.'”

On Tuesday’s episode, Jada stressed that there’s “always more” to the story.

Adrienne then pointedly jumped in, “And while you’re pointing the finger, there’s three fingers pointing back at you. OK, anyway, moving on.”

Meanwhile, when ET spoke with 22-year-old Jordyn in June, she reacted to Khloe’s claims that she never apologized to her.

“It’s just, you know, things happen, and of course I’m sorry and apologetic as much as I can be,” she said.

Khloe recently shared a message for Jordyn after another KUWTK episode caused controversy due to it showing that she was still close with 28-year-old Tristan after the scandal. Some viewers asked why she didn’t “keep that same energy” when it came to Jordyn.

“I have moved on, found forgiveness and only wish you happiness and joy!” she noted.

Jordyn then seemingly responded with a quote on her Instagram Story.

“Someone somewhere is still discussing the old you because they don’t have access to the new you,” she shared, adding “Facts” with the 100 emoji.

However, she later clarified, “Not every quote that is posted is a sub or a ‘clap back’ and not everything posted is directed towards one person in general. I deal with a lot of different s**t daily. It’s all love. Only positive vibrations.”

Khloe Kardashian Takes to Instagram With a Message for Jordyn Woods

Jordyn Woods Reflects on Life’s ‘Ups and Downs’ on 22nd Birthday: ‘I Appreciate Every Moment’ 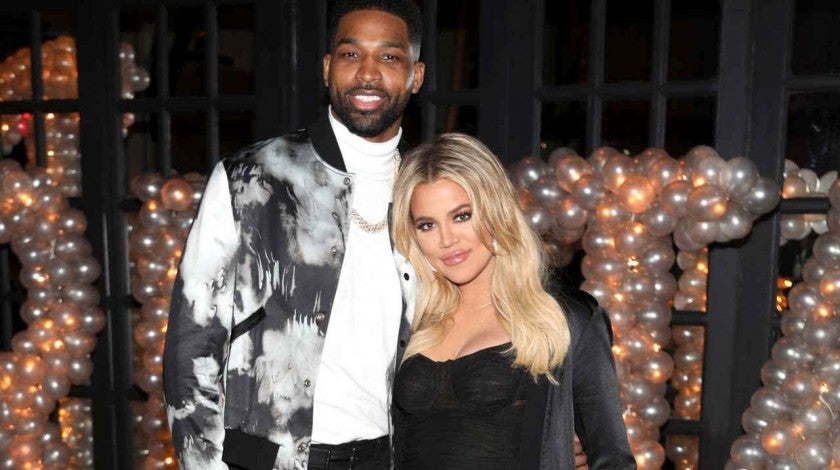