Jessica Hecht is no stranger to TV, having appeared in everything from Breaking Bad to Friends while most recently appearing on The Loudest Voice and Succession. Yet, it took 25 years for the 54-year-old working actress to finally be recognized by the Television Academy with a 2019 Primetime Emmy nomination for Outstanding Actress in a Short Form Comedy or Drama Series for the Netflix original series Special.

On the groundbreaking comedy created, written by and starring Ryan O’Connell as a young gay man with cerebral palsy who decides step out on his own and forge a path to a life he wants, Hecht plays his overprotective mother, Karen. First presented as a helicopter mom, Special pulls back the layers on Karen’s co-dependence with Ryan, who helps distract from how lonely she is, as she also starts to figure out life on her own.

“We have so many dysfunctional mothers depicted on television,” Hecht tells ET about what separates Karen from the typical tropes. “But this relationship seemed to me — Ryan would kill me for saying this — there’s almost a romance to it because they are together as a couple. That’s the dysfunctionality. But I wanted to approach it the way mothers and sons sometimes operate unbeknownst to them.” She adds, “There’s something that they delivered to each other emotionally that substitutes for romance.”

In fact, once Ryan moves into his own apartment, the two start to realize just how much they relied on each other and look for ways to fill those voids. For Ryan, that’s an unexpected friendship with his new coworker, Kim (played by Punam Patel, who is also nominated in the same category as Hecht) as well as finally dating and having sex. “That’s the biggest difficulty that they overcome is that they break up as a couple because he meets someone else,” the actress says.

But Karen isn’t just left to wallow alone by herself. Over the course of season one’s eight episodes, she starts up a relationship with a ruggedly handsome, new neighbor Phil (Patrick Fabian), and learns to unwind in unexpected ways, leading to one of Hecht’s best scenes.

When Karen finds Phil’s pot, she decides to smoke with him. Later, after getting high, she indulges in a grilled cheese sandwich he prepared for her. “This is amazing. I’m so happy,” Karen gushes, before bursting into tears. “I don’t think anyone has made me a sandwich in, like, 30 years. I mean — well Ryan tried to make me a grilled cheese for Mother’s Day, but it was — he totally screwed it up! How do you screw up a grilled cheese? It’s two ingredients: the bread and the cheese.”

Admittedly, Hecht couldn’t figure out how to act in the moment without sending it up. “Maybe I did send it up a little, but our director [Anna Dokoza] was so amazing at finding another angle other than the obvious one,” she says. “So getting stoned and eating the grilled cheese, I loved doing.”

It’s one of two scenes Hecht is really proud of. The other being during the season finale when Karen and Ryan confront each other about their relationship after he misses her birthday. “We both were nervous about it because it’s a very emotional scene. And it’s the kind of emotional scene you don’t look forward to; you sort of feel a bit nauseated in anticipation of it,” Hecht says of the fight that sees them essentially going on a break after blaming each other for difficulties in their lives. “It’s very hard with emotional scenes to feel good about it, but we both did find some zone that seemed not too overwrought but true to who they were.”

Those two moments go a long way to demonstrate how nuanced and layered Hecht’s performance is on the series, making her Emmy nomination feel that much more deserved as well as long overdue.

A working actress who has bounced between film, TV and theater, Special actually came to her after starring opposite Jim Parsons in the 2012 Broadway revival of Harvey. An executive producer on the Netflix series, the former Big Bang Theory star suggested Hecht for the role and O’Connell became interested after seeing her in an episode of High Maintenance. “It was a combo platter,” Hecht says.

While recognized by O’Connell for her guest appearance on the HBO stoner comedy, the actress is probably best known to fans as Susan Bunch, the new wife of Ross’ ex, Carol, on Friends. The NBC sitcom is one of many, including Seinfeld and The Wayans Bros., that she appeared on at the start of her on-screen career.

Originally, Hecht auditioned for the role of Monica. But she now chuckles at the thought of that bit of trivia. “Can you imagine?” Hecht recalls, saying the part clearly belonged to Courteney Cox. “I look at myself and go, ‘Oh my god. They probably laughed at it.’” Instead, “I got cast [as Susan] because they couldn’t find someone to play that part,” she says, revealing they wanted a lesbian character that hadn’t previously been seen on TV.

While another actor may regret missing out on being part of what would become an iconic series, now celebrating its 25th anniversary in September, Hecht says it’s totally OK she wasn’t one of the six stars. For her, playing Susan was just one of many unique opportunities she’s happy to have played over the course of her career. “It’s a little bit of a smorgasbord,” she says.

“I feel like a lot of actors are journeyman actors who play parts. Every season, they have this wealth of parts that keep them employed as actors and feeling like, ‘OK, it’s worth it. I got to do a great scene in that and a great scene in that.’ You sort of cobble together this sense that you’ve done work you really care about,” Hecht says, explaining how her career has led her to Special, which has been an opportunity to enjoy working as an actor and be recognized in a way she hasn’t been before.

Hecht continues, “Then, occasionally, you find that you’re actually in a project in which multiple scenes are handed to you that really make you feel artistic. That’s sort of the echelon that people who are movie or TV stars usually are afforded. But something like [Special] was just a golden gift.” 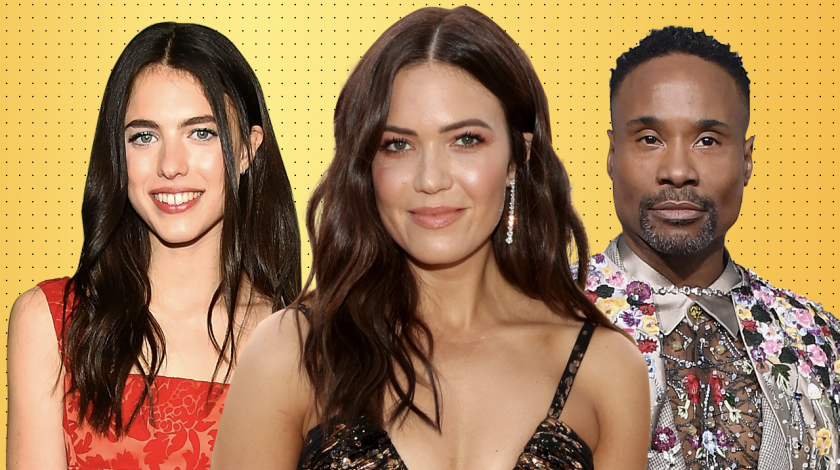 2019 Emmys by the Numbers: Breaking Down All the Historic Facts, Trivia and Groundbreaking Nominations