Warning: Spoiler alert! Do not proceed if you have not watched El Camino: A Breaking Bad Movie. This article contains major plot points from Netflix’s follow-up movie. For more on how El Camino kept the big Breaking Bad surprise return a secret, click here.

It took six years for El Camino to come to fruition, but is the ending setting up more Breaking Bad movies?

The movie picks up right where the 2013 series finale left off, with Jesse Pinkman (Aaron Paul) taking off in the Chevrolet El Camino and escaping as cops encroached on the house where Walter White and members of the white supremacy gang lay dead from machine gun fire. After being on the run from police as a person of interest, Jesse eventually gets his wish of scrubbing his slate clean in Alaska with a brand new identity and the promise of a fresh beginning.

While El Camino primarily focused on what happened to Jesse following the events of the Breaking Bad finale, there were notable absences from key characters in the follow-up movie — primarily Walt’s family. While they were briefly mentioned in the diner scene between Paul and Bryan Cranston, who appeared in a surprise cameo, when Walt made the vague promise that he wanted to take care of them financially, their onscreen omission was felt.

Asked if he was privy to where Skyler (Anna Gunn) and Walt Jr. (R.J. Mitte) were during this time, Paul confessed, “God, I don’t know!”

But, the 40-year-old actor and executive producer alluded to the fact that the larger unanswered question is ripe for exploration if creator Vince Gilligan chose to revisit these characters down the line.

“You know, they went through hell,” Paul told ET’s Katie Krause during a recent sit-down. “I think that’s a much bigger story to tell and I think Vince wanted to focus on Jesse and his escape and that’s it.”

Paul played coy when asked about the possibility of another Breaking Bad movie coming down the pike. “Oh, I don’t know!” he said, ruminating on the chances of that happening. “You know… I thought I said goodbye to this guy a long time ago. I’m just happy to revisit him for this.”

Another loose end that was seemingly tied up, but could lead to more story points in the future, was Jesse’s handwritten letter to Brock Cantillo. (In Breaking Bad‘s final season, Brock’s mother and Jesse’s former lover, Andrea, was murdered.) Paul spoke about the significance of Jesse choosing to say goodbye to Brock as one of his final acts before starting his new life.

As for Jesse’s bittersweet ending, Paul opened up about his thoughts on how his iconic character’s journey wraps up.

“I just feel so blessed to play this guy, to be in his skin and tell this story and have someone like Vince trust in me to portray this character. I think what they did with the show was so perfect. I thought the ending was really perfect,” he said. “But I think this next chapter is a very delicate approach on the continuation of the story and any fan of the show is going to be a huge fan of this film.”

El Camino: A Breaking Bad Movie is streaming now on Netflix and screening in select theaters during a three-day run through Sunday, Oct. 13. The movie will air on AMC, where the original series aired, in 2020.

‘Breaking Bad’ Refresher: Everything You Need to Know Before ‘El Camino’ 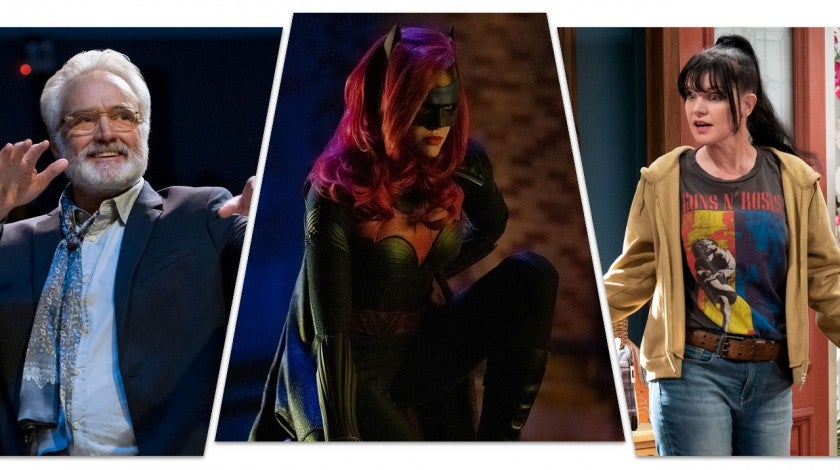