When this year’s MTV Video Music Awards kick off next week, celebrated stand-up comic Sebastian Maniscalco will be at the helm as host — a role the outspoken, sharp-witted comedian fully admits is a new experience for him, but one he’s ready and excited to take on.

Sitting down with ET this week, Maniscalco opened up about how he felt when MTV came to him with the offer, and why he chose to accept the challenge.

“I kind of had to take a step back and go, ‘Alright, this is totally different than what I normally do,'” Maniscalco admitted. “I never hosted anything before, and this is a totally different audience that skews younger.”

“[I] came to the conclusion that, yeah, this would be a fantastic thing to be a part of,” he continued. “I grew up watching MTV, it’s a part of nostalgia for me to reflect back on… Now I’m a part of the pop culture moment, [which] is pretty surreal for me.”

It can be a wild night, and it’s something Maniscalco says he’s ready for only because he’s been honing his skills — when it comes to both crowd work and spontaneity — for two decades.

“What I’ve done over the last 20 years to prepare me for the VMAs is I’ve basically done every show you could possibly imagine in every different environment, whether it’d be in a boxing ring in Manteca, California or a bowling alley in Fort Lauderdale, Florida,” he reflected. “I’ve done the smallest of shows and the largest of shows and everything in between and over the last 20 years I’ve come across a lot of different situations and I’ve learned how to react to those situations in real time.”

This, Maniscalco feels, is one of several reasons MTV approached him to host the show — a job that has been held by a number of celebrated comedians in years past, including Jimmy Fallon, Jack Black, Chris Rock and Kevin Hart.

As the show gets closer, Maniscalco said that his preparation includes working with the show’s talented writers, subtly workshopping some bits during recent stand-up shows and, during the weekend before the show kicks off, he says he’ll be “pacing in my hotel room saying [the script] over and over again.”

Ultimately, his goal is just keep the show exciting, entertaining and unexpected: “I want to have fun, [and] I just want to let loose.”

While prepping, Maniscalco has also been working tirelessly as a new dad to a baby boy, Caruso, who was born in June, and is the second child for him and his wife, Lana, who also share a 2-year-old daughter, Serafina.

“Life with two kids is unbelievable,” the proud dad marveled, adding that his family accompanied him to New Jersey, where the show is being held, so they could get a behind-the-scenes look at the big event.

“I’m going to bring them down to the rehearsal and just show them [around] and maybe get some photos,” he shared. “They’re too young, they’re 2-and-a-half and 9 weeks, [and] are too young to know what’s going on. But to have that moment captured [on camera], and to show them when they get older, is gonna be a special moment for me.”

This year’s MTV MVAs will air live from the Prudential Center in Newark, New Jersey, on Monday, Aug. 26 at 8 p.m. ET/PT. 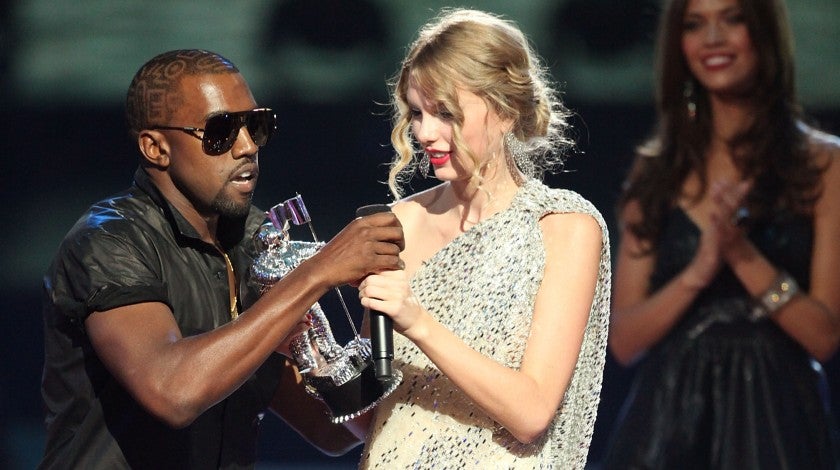 20 of the Most Memorable Moments in VMA History

2019 MTV VMAs: How to Watch, Who Is Nominated, Who Is Performing and More

Taylor Swift at the MTV VMAs: Through the Years

Here’s when your military 2019 tax statement will be ready