Amicable exes on a double date!

Gwyneth Paltrow and her ex-husband, Chris Martin, spent a day on the beach in the Hamptons earlier this week, proving once again they are former spouse goals.

The parents of 15-year-old Apple and 13-year-old Moses laid out in the sand, with Paltrow joined by her husband, Brad Falchuk, and Martin joined by his longtime girlfriend, Dakota Johnson.

For the outing, the 46-year-old actress donned a grey bikini top, showing off her impressive abs. Falchuk, 48, went shirtless, showing off his ripped body, while Martin and Johnson both chose to stay more covered up.

Paltrow recently revealed that after almost a year of marriage to Falchuk, the couple is finally moving in together.

“We took a year to let everybody [in the family] take it in and let the dust settle, and now we’re moving in together this month,” Paltrow told InStyle.

As for Martin and her new man, Paltrow opened up to ET in January 2018 about reaching the point where they can all spend time together.

“It’s been really a process to get to the point where we can all be together,” she admitted at the time. “Luckily, I have a deeply loving ex-husband who’s been really open minded.”

This past April, Paltrow and Johnson posed together with their mutual friend, Derek Blasberg, in a funny Instagram post with the caption, “Consciously throupling,” which referenced Paltrow and Martin’s “conscious uncoupling” split announcement.

Paltrow also famously brought Martin and their kids on her honeymoon with Falchuk to the Maldives.

For more from Paltrow, watch the clip below:

Gwyneth Paltrow Opens up About Working With Husband Brad Falchuk on ‘The Politician’: ‘He’s So Hot’

Gwyneth Paltrow Curses Out Someone Who Questions Whether She Actually Cooks 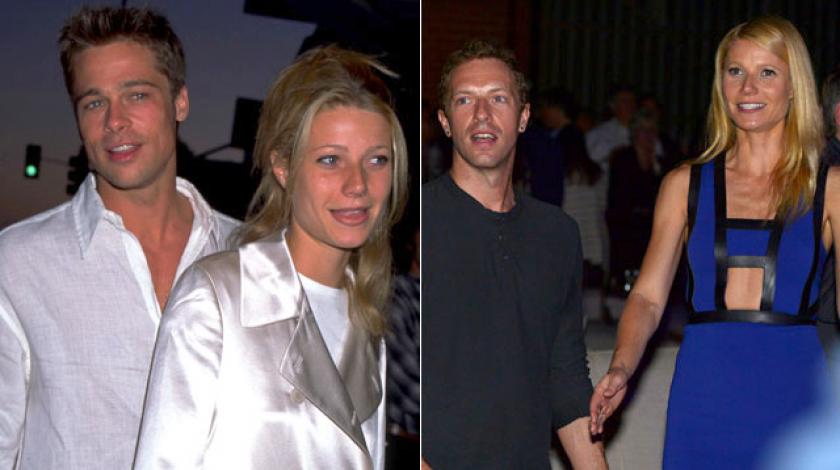