Sophia Macy has a new job!

The 19-year-old daughter of William H. Macy and Felicity Huffman has been tapped to star in an episode during the second season of Jordan Peele’s The Twilight Zone, CBS All Access announced earlier this week.

The teen will co-star in the fifth episode of the season entitled “Among The Untrodden” alongside actress Abbie Hern. Billy Porter, Chris Meloni and Joel McHale will appear in other episodes of the show’s sophomore season, which is expected to debut later this year.

The news comes after Felicity was released from jail after admitting to paying $15,000 to help get Sophia into an elite college by cheating on the SAT. She formally pleaded guilty to charges of mail fraud and honest services mail fraud back in April.

Following her guilty plea, Felicity served 11 days behind bars and has, since her release, working on her 250 hours of court-mandated community service. Felicity, who will also have to pay a $30,000 fine, was seen working with The Teen Project earlier this week as part of her community service.

Prior to the college admissions scandal, Felicity, alongside her younger daughter, 17-year-old Georgia, volunteered at the organization, which serves at risk homeless and sex trafficked young women, many of whom come from foster care.

“For the last two years, Felicity and younger daughter Georgia have been going to The Teen Project two to three times a week and tutoring young high school girls to help them get their GED,” a source previously told ET. “These are girls who are from at-risk populations, who have been on the streets, human trafficked or suffered addiction.”

“The work that she’ll be doing at The Teen Project is impactful and significantly helping the young girls,” the source added. “It is very meaningful for Felicity.”

Watch the video below for more on Felicity. 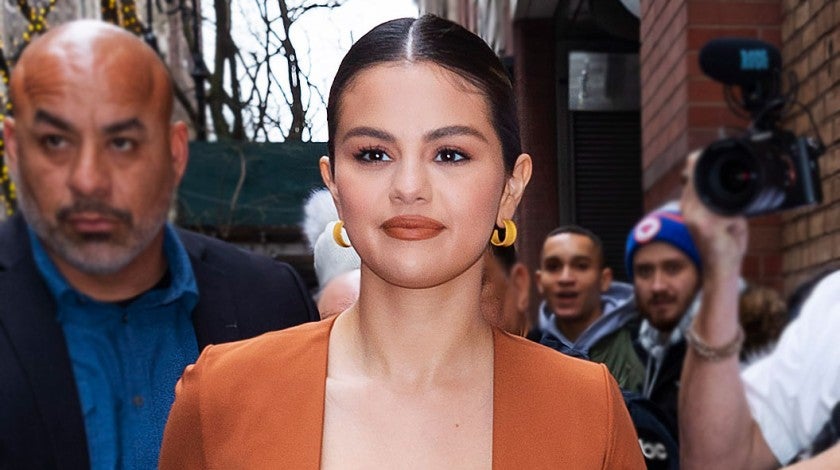