Demi Lovato was in the house for The Bachelorette season finale on Tuesday!

Fans were excited when it came to Lovato’s attendance at the show, where she could be seen sitting next to Bachelor alum, Demi Burnett, and smiling brightly while clapping along.

Demi Lovato stanning her little 💖 out at #TheBacheloretteFinale is everything we needed and more. pic.twitter.com/zgnbEzDLkb

“Was that Demi Lovato in the audience,” tweeted one fan. “She’s here for Tyler!!! #BachelorNation.”

“What the heck?!? My two favorite Demi’s in the whole world I’m the audience tonight next to each other?!?,” wrote another Twitter user. “@demi_burnett and Demi Lovato @BacheloretteABC #bachelorettefinale.”

Demi Lovato also hung with Hannah Brown and ate windmill-shaped cookies during a surprise appearance at part one of The Bachelorette’s season finale on Monday!

Lovato was so excited about the finale that she broke her social media silence and posted a photo on Instagram for the first time in a month.

The adorable snap showed Lovato hanging with Brown while the two enjoyed a box of almond windmill cookies — a nod to Brown’s famous windmill-starring sex confessions on the show.

“I interrupt this social media break with this very important and iconic snap shot of WINDMILL cookies with my new favorite person @alabamahannah.. and quess what… Jesus still loves us. 🤷🏻‍♀️😝,” Lovato captioned the pic. “Tonight’s the season finale y’all.. make sure to tune in cause it’s gonna get crazy!! @bacheloretteabc 🌹🌹🌹.”

I interrupt this social media break with this very important and iconic snap shot of WINDMILL cookies with my new favorite person @alabamahannah.. and quess what… Jesus still loves us. 🤷🏻‍♀️😝 Tonight’s the season finale y’all.. make sure to tune in cause it’s gonna get crazy!! @bacheloretteabc 🌹🌹🌹

Brown left a comment on the photo, writing, “Love love love. so thankful for your support during this season of life and taking me under your wing. Also, thanks for sharing your mama with me. 💗.”

Comedian Amy Schumer also weighed in, replying, “I am blown away by this!🔥🔥🔥.”

Demi, who’s a big fan of the show, has been open about her crush on contestant Mike Johnson.

Earlier this month, Demi took to her Instagram Stories to provide commentary during an episode. Most of the videos were of her gushing over Mike, whom she’s been a fan of since the beginning of the season.

Check out live updates from the finale below and join ET’s Bachelor Nation Facebook group here.

‘The Bachelorette’: Hannah Brown Gets Engaged to [SPOILER] in Dramatic Finale 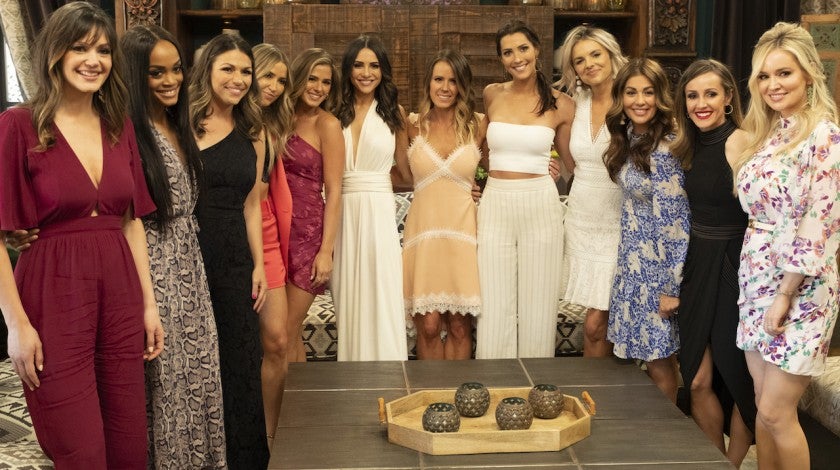 Ranking Every Bachelorette, From Least to Most Popular