Coldplay’s latest music video was headed up by someone with a special connection to the band’s frontman! On Friday, the group dropped the video for their song, “Cry Cry Cry,” which was directed by Cory Bailey and Dakota Johnson, who is dating Chris Martin, Coldplay’s lead singer.

Shot in London’s Rivoli Ballroom, the video takes fans inside the smooth track that features lyrics including, “When you cry, cry, cry, baby / I’ll be by your side,”

The video is all about long-lasting love, and starts off with a young couple doing an impressive dance as the band croons from the stage. Eventually as that couple ages, all the way to their elderly years, their dancing slows, but their love clearly never fades.

As for Johnson and Martin’s romance, they first sparked relationship rumors in early 2018. They have kept their relationship private, with the 30-year-old Fifty Shades of Grey star telling Tatler in September 2018 that she was “not going to talk about it,” before adding, “but I am very happy.” The two did, however, make a rare public appearance last September at a charity event.

Martin, 42, was previously married to Gwyneth Paltrow, with whom he’s maintained a friendship. In fact, Paltrow, 47, has even made headlines for being so close to her ex’s girlfriend.

“I love her,” Paltrow told Harper’s Bazaar of Johnson last month. “I can see how it would seem weird because it’s sort of unconventional. But I think, in this case, just having passed through it iteratively, I just adore her.”

Watch the video below for more on Martin and Johnson. 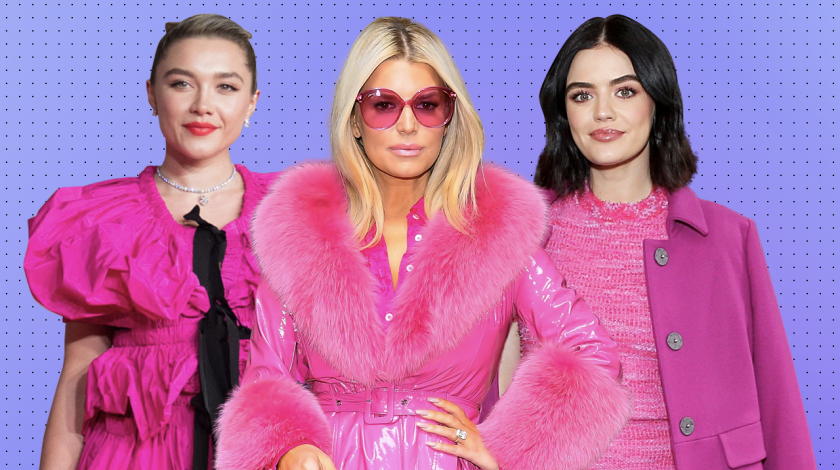 Valentine’s Day Inspo: Get Into the Spirit With Celebs’ Hot Pink and Pastel Looks!

Jessica Tarlov: Joe Biden bails out of New Hampshire early, but don’t write him off just yet