Brie Larson played an extra special role in that epic surprise proposal that went down at ACE Comic Con Midwest in Chicago over the weekend!

In case you missed it, John Chambrone — who is a huge Captain Marvel fan — proposed to his boyfriend, Richard Owen, while both meeting their “favorite superhero” for the first time at the convention on Saturday.

Now, Chambrone is exclusively explaining to ET how the sweet moment all came together, and how Larson reacted to it all going down right in front of her eyes.

“I met Richard a few months ago, and once I saw that beautiful smile, it resonated in my soul and I knew I wanted to spend the rest of my life with him,” Chambrone gushes. “A couple of months later, I found out that Brie Larson was coming to Ace Comic Con in Chicago, and I knew that we had to at least get a picture with her. Captain Marvel has always been my favorite superhero since I was a kid, and our first real date was to see Brie Larson star as the Mighty Captain Marvel. That was actually his first Marvel film and he instantly fell in love with the character and Brie.”

“The day of the proposal, I wrote ‘I love you’ on the mirror after I took a shower and we headed off to the convention,” he continues. “While in line, waiting [to take] the photo, he could tell something was up. I was shaking, but he knew how much of a fan I was, so he figured it was probably just my nerves.”

Chambrone tells ET that as soon as it was their turn to walk up to Larson, he said to Owen, “Richard, I love you more than Captain Marvel, will you marry me?'”

“I opened the ring box and got on one knee. We were in tears and so was Brie,” Chambrone recalls. “He said yes and she actually helped me put the ring on his finger. Afterwards, we just held each other in tears.”

Chambrone describes the proposal as “the most amazing moment” of his life and “the most epic day.”

“We can’t believe that our special moment, that we shared with our favorite hero, is now being embraced by the world,” he adds. “I would like to thank Brie Larson and Ace Comic Con, and a huge thank you to Richard Owen for stealing my heart. I love you, 3,000, baby! Much love to you all.”

Y’all I was present for a proposal and I am CHANGED. Much love to the happy couple!!!! https://t.co/UMc4WofFja

Shortly after it all went down, Larson took to Twitter, writing, “Y’all I was present for a proposal and I am CHANGED. Much love to the happy couple!!!!”

We think it’s safe to say that Chambrone’s proposal couldn’t have gone any more perfectly. Congrats to the happy couple!

Brie Larson Has the Best Reaction Ever After This Surprise Proposal 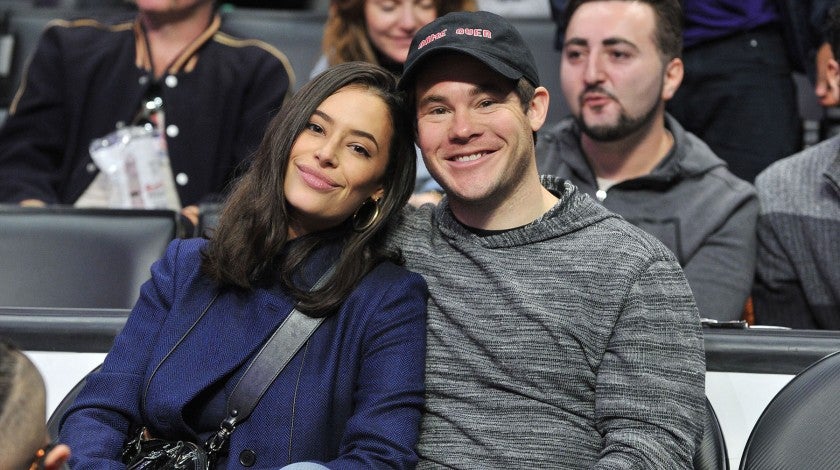