The 55-year-old actor was spotted arriving at the 76th Venice Film Festival on Wednesday, which he’s attending in support of his upcoming flick, Ad Astra.

Pitt kept it casual for his arrival via boat, showing off his arms in a taupe T-shirt, which he paired with dark pants and white sneakers. He finished his look with multiple bracelets and necklaces, dark Garrett Leight California sunglasses and a silver watch. Pitt also sported his signature newsboy hat and carried a white jacket with him.

The Once Upon a Time in Hollywood star was all smiles as he jumped off the boat, leaning on a pole for a bit before waving to his many gathered fans.

In Pitt’s upcoming film, he stars as astronaut Roy McBride alongside an A-list cast including Liv Tyler, Tommy Lee Jones, Donald Sutherland and Ruth Negga. In the flick, Pitt travels to the outer edges of the solar system to find his father (Jones) and unravel a mystery that threatens the survival of our planet.

Despite his busy slate of projects, Pitt recently opened up about potentially aging out of Hollywood.

“I think we’re all aware there’s a shelf life on this,” Pitt told Today in July. “But it’s really important to me the people I spend my time with and the artists that I respect.”

He expanded on his concerns that he’d become a show biz “dinosaur” in an interview with GQ Australia.

“I keep doing less and less,” he said of acting. “I really believe that overall it’s a younger man’s game — not that there aren’t substantial parts for older characters — I just feel, the game itself, it’ll move on naturally. There will be a natural selection to it all.”

See even more A-list celeb arrivals at the Italian film festival in the gallery below. 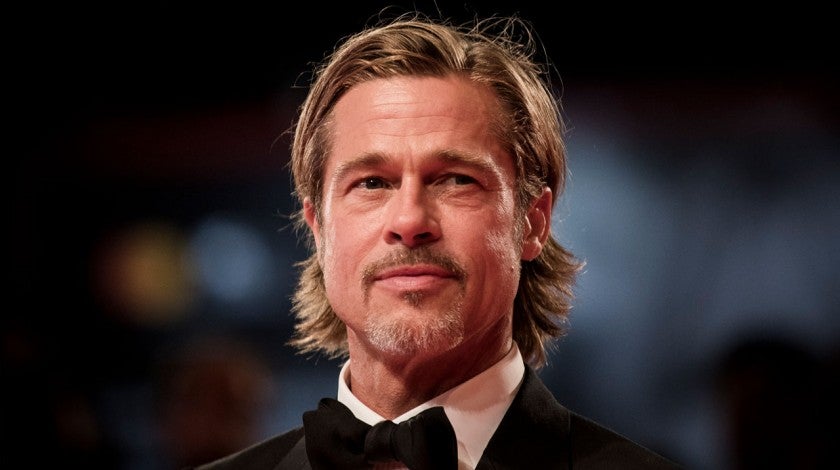 Brad Pitt Is Extra Suave in All-Beige Look With a Fedora: Pics!