Bachelor Nation has been pulling for the fan-favorite to become our next Bachelor, but as he told ET’s Lauren Zima on Monday morning, his money is on another man getting the gig.

“I think the Bachelor would be Peter [Weber],” Johnson shared. “Based on [the fact that] history repeats itself. I think Peter looks the part… when he gets a 5 o’clock shadow, he looks good too.”

“I think that Peter’s family is terrific. I’ve hung out with his brother, he’s awesome. His mom, you know, he’s got a little Spanish flair. I think that Peter and his family are just great,” he continued — before calling Weber the “safe” choice.

“He’d be a safe Bachelor, meaning that he won’t do anything crazy obnoxious,” Johnson explained. “I think it’d be a good, safe, clean season if he were the Bachelor.”

Fans may disagree about Weber being the “safe” pick (he was Bachelorette Hannah Brown’s windmill lover, after all). But if Johnson were to get the role, it’d be historic; he’d be the franchise’s first black Bachelor.

At ABC’s Television Critics Association summer press tour earlier this month, the network’s president, Karey Burke, said diversity was something that was important to the franchise.

“I will say this — I do think the show has worked hard to increase diversity in its casting and is continuing to evolve,” she shared. “And as it evolves, we’ll continue to see more diversity from the franchise.”

The portfolio manager is currently appearing on Bachelor in Paradise and stayed mum on whether he finds love this season. As Colton Underwood and Nick Viall have taught us, sometimes a Paradise appearance pushes a man into the Bachelor frontrunner spot.  If he was single, Johnson said he’d consider the offer to become Bachelor, but that a few things would have to change.

“Country music is cool but, like, I like R&B, OK? So, we gotta have some R&B music, if I were to be the Bachelor,” he expressed. “It [would be] sexy, sensual — not the whole season but, like, some days,” he said with a laugh.

Johnson hasn’t had conversations with producers about becoming the Bachelor, he told ET, but he has spoken with Rachel Lindsay, the first black Bachelorette, and feels well-equipped to handle the pressure that comes with such a big milestone.

“Being the first anything, you are going to get scrutinized for every little thing… I had a little bit of pressure about [things that happened on Brown’s season], but the pressure I really did have was around colorism and racism,” he admitted. “What had helped me get over that is that I have a good a** supporting cast. My little sister is amazing and she would cuss someone off in a heartbeat, and then my homeboys, they are just like, ‘Yo, just find love.'”

During an interview with ET weeks later, ABC exec Rob Mills shared that Johnson was certainly a possible match for Bachelor No. 24.

“He’s absolutely in contention to be the Bachelor. … He is just somebody that people really love. He’s got a great story. We have somebody who has served our country, has really suffered through heartbreak. … You’ve got a billion-dollar smile and he looks great. He’s got a following; those are the reasons he’s in contention more than, ‘Oh, this is so great, we can check that off now,'” he said.

Host Chris Harrison, meanwhile, noted the production team was waiting to see how things play out between the frontrunners for the job. Tyler Cameron, most notably, has been spotted on multiple dates with Gigi Hadid, and recently announced he’ll be running marathons this fall, when The Bachelor usually films.

“[This is] why we’re waiting [to announce who it is]. Let’s see how these guys react. Let’s see who really is sincere at the end of the day, because we do have a couple of months before we have to start production and really get into this, so we have time,” he said.

‘The Bachelor’: Peter Weber, Mike Johnson and Tyler Cameron’s Chances to Be Our Next Lead 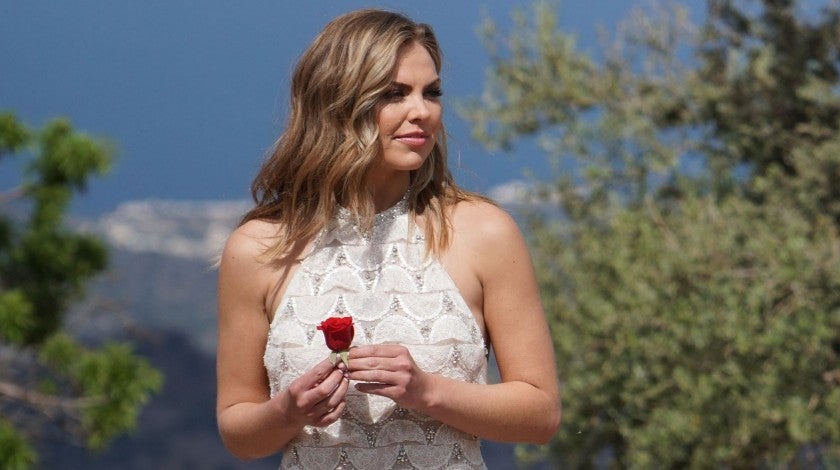