Jimmy continues his #stayhome party by checking in on announcer Steve Higgins in another Tonight Show home edition. And all

END_OF_DOCUMENT_TOKEN_TO_BE_REPLACED

Grey’s Anatomy‘s season 16 is coming to an early end.

ET has learned that the medical drama’s season finale is now scheduled for Thursday, April 9, with episode 21, titled “Put on a Happy Face,” being the season’s last. Grey’s was one of many Hollywood productions that shut down in a proactive measure against the spread of coronavirus.

The show is not planning to resume production to complete filming on the four additional season 16 episodes. As previously announced, Grey’s has already been renewed for season 17. The change, however, does not affect the Station 19 and How to Get Away With Murder May 14 finale airdates.

ET’s Katie Krause caught up with Grey‘s star Kim Raver on Friday, as the news was breaking, where she teased what fans can expect from the now-new season finale.

“You will definitely get some answers and you will definitely get some new questions of like, ‘Oh my god, what’s gonna happen?!'” she said. “I quickly just peeked at which episode it was and the last scene is sort of, ‘What does that mean?!’ So it’s kind of going to work out perfect. I mean, I’m sad that we only have two more shows for you guys, because I want to be able to have more for you guys, but it just means we will have more next season.”

A couple of weeks ago, a statement was released about the Grey’s production shutdown.

“Out of an abundance of caution, production is postponed on Grey’s Anatomy effective immediately.  We are going home now for at least two weeks and waiting to see how the coronavirus situation evolves,” the statement read. “This decision was made to ensure the health and safety of the whole cast and crew and the safety of our loved ones outside of work, and it was made in accordance with Mayor Garcetti’s suggestion that we not gather in groups of more than 50.”

Amid the coronavirus outbreak, Ellen Pompeo gave a sweet shout-out to healthcare workers.

“Many of us have the privilege to self-quarantine and isolate and try to stay healthy, and none of you have that privilege,” Pompeo said in an Instagram post. “You all have to be on the front lines of this thing and what is certainly bad now, but will most definitely get worse in the next couple of weeks.”

Grey’s was also among a number of medical dramas that donated supplies to hospitals amid the pandemic.

See how other celebrities are working from home and helping others in the video below.

The Biggest Cancellations Due to Coronavirus Concerns So Far

Kelly Ripa and Ryan Seacrest Work From Home Amid Coronavirus 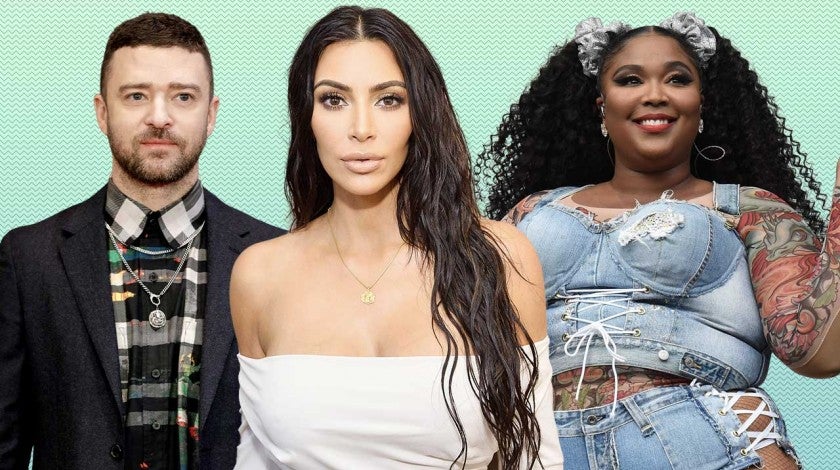 March Madness may be canceled, but here at ET, we’re making our own bracketology!

Everyone’s looking for TV and movies to watch as they self-quarantine and practice social distancing, so we’ve rounded up some of the best romantic comedies you can watch on streaming, ranked them, and are running a rom-com Sweet 16, single elimination-style, and letting you pick the winner.

After a pretty shocking round of eight, which saw no. 1 seed When Harry Met Sally winning the Meg Ryan matchup, and 10 Things I Hate About You continue its Cinderella story by taking out Crazy, Stupid, Love, we’re down to the Final 4. One semifinal matchup is late-’80s vs. late-’90s classics, while the other is a showdown between two surprisingly dominant favorites. But there can only be one rom-com to rule them all!

Check out the match-ups below, cast your votes on the Twitter polls, and check back every day as we crown a champion!

When Harry Met Sally vs. 10 Things I Hate About You

Truly the Cinderella story of the tournament, 10 Things I Hate About You took out retro fave Clueless in its first matchup, and followed it up by besting top-ranked new-schooler Crazy, Stupid, Love in the round of eight. Will it have enough steam to defeat the no. 1 seed and make it to the finals?

Where to Watch: Stream When Harry Met Sally on Hulu and 10 Things I Hate About You on Disney+.

There’s way more than 10 reasons to love both of these movies! Which is your favorite?

Love, Actually vs. How to Lose a Guy in 10 Days

Two somewhat surprising entries in the Final 4 — Love, Actually won the Christmas-off and the Battle of the Brits to claim its spot, while How to Lose a Guy pushed past favorites like 13 Going on 30 and Friends With Benefits. Which one deserves a shot at rom-com supremacy?

Where to Watch: Stream Love, Actually and How to Lose a Guy in 10 Days on Hulu.

To us, both of these are perfect, but only one can make it to the next round! 😭

After a somewhat surprising first round, which featured 10 Things I Hate About You trouncing retro fave Clueless and Notting Hill claiming a shocking victory in the Julia Roberts showdown, the round of eight included a hotly-debated Meg Ryan-off, a battle of the Brits and more!

When Harry Met Sally vs. You’ve Got Mail

It’s a second round Meg Ryan-off! Is she better with Billy or more terrific with Tom? Is it better to start off as friends or rivals? Make your pick!

Where to Watch: Stream When Harry Met Sally on Hulu and rent or buy You’ve Got Mail on Amazon Prime Video.

We told you round 2 would be harder. 😫

Crazy, Stupid, Love vs. 10 Things I Hate About You

This one’s a face-off of overbearing fathers and hunky male leads. Plus, Hannah Weaver and Kat Stratford would have totally been BFFs, right?

Where to Watch: Stream Crazy, Stupid, Love on Hulu and 10 Things I Hate About You on Disney+.

Where to Watch: Stream Notting Hill  and Love, Actually on Hulu.

How to Lose a Guy in 10 Days vs. Friends With Benefits

A perfect encapsulation of the difference between the early ’00s and early ’10s rom-com trends: Dating a guy on assignment from your job at a very important fashion magazine, vs. sleeping with your friend and swearing not to catch feelings. Guess what? You’re gonna fall in love either way.

Where to Watch: Stream How to Lose a Guy in 10 Days and Friends With Benefits on Hulu.

From a Julia Roberts ’90s showdown to a face-off between those two films that both came out in 2011 and both star one half of a now-married couple and are both about “friends” trying to have “benefits” without getting any “strings attached,” the first round of voting was full of interesting showdowns.

It’s a Cinderella story to be sure, but these two have more in common than it might seem. Both movies are told over the course of several decades (and relationships) and both center their final confession of love around the ever-romantic notion of meeting the right person years before you realize that they’re actually the one. Swoon.

Where to Watch: Stream When Harry Met Sally and Definitely, Maybe on Hulu.

Send it in an anonymous email like Shopgirl, or hand-write a love letter like Lara Jean, this old-school/new-school matchup is all about finding literary love where you least expect it.

Where to Watch: Rent or buy You’ve Got Mail on Amazon Prime Video and stream To All The Boys I’ve Loved Before on Netflix.

Are you team dial-up or hand-written letters?https://t.co/DPAt8o7iQ6

What’s a love story without a little family interference? These two “crazy” films navigate the question of soulmates, the way intergenerational drama plays out in modern romance, and, on a much shallower note, the undeniable perks of having a super-hot, super-wealthy beau.

Where to Watch: Stream Crazy, Stupid, Love and Crazy Rich Asians on Hulu.

It’s Jane Austen vs. William Shakespeare in this battle of the modern-day literary adaptations. Too good to be true? As if!

Where to Watch: Rent or buy Clueless on Amazon Prime Video and stream 10 Things I Hate About You on Disney+.

Barring maybe Meg Ryan, there’s no one person who encapsulates the power of the ’90s rom-com better than Julia Roberts. This matchup is a tough one, but go with your heart: Are you a runaway bride who’s ready to make it to the end of the aisle, or are you just a girl, standing in front of a boy, asking him to love her?

Where to Watch: Rent or buy Runaway Bride on Amazon Prime Video and stream Notting Hill on Hulu.

You should DEF watch both of these during *self-isolation* today but first tell us your fav: https://t.co/VP17yY18ql

In another timeline, The Holiday is one of the subplots included in Love, Actually‘s adorable anthology of holiday romances. (Think about it: an unlucky-in-love Brit and an uptight American swap houses and find romance, with swoonworthy accents and heart eyes abounding.) But in this reality, you have to choose your Christmas charmer — so, which is it?

Where to Watch: Stream The Holiday and Love, Actually on Hulu.

You can’t get much more early-’00s than these two. Charming female lead, whose character works at an Important Fashion Magazine™, a hunky love interest who will be an Oscar nominee in a few years, and an unconventional love story that’s just never going to work out…until it does! If it’s possible to already be nostalgic for this era, we totally are.

8. Friends With Benefits  vs.  9. No Strings Attached

No, they’re not the same movie. Yes, one is better — but no one can agree which. We can only imagine that this is an ongoing point of contention in the Kutcher-Kunis household.

Where to Watch: Stream Friends With Benefits and No Strings Attached on Hulu. 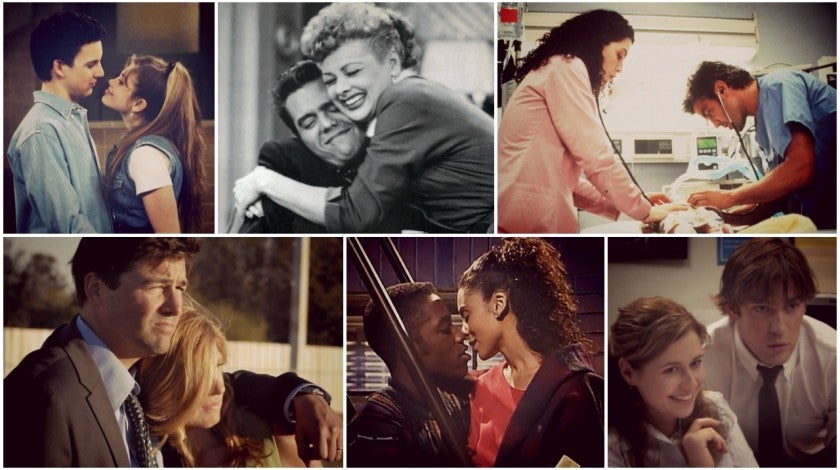 The Best TV Couples of All Time

END_OF_DOCUMENT_TOKEN_TO_BE_REPLACED

The puppy was hiding behind the bushes and still recovering from the shock of being dumped by his owners.